‘Do not sacrifice welfare works to make commercial areas’ 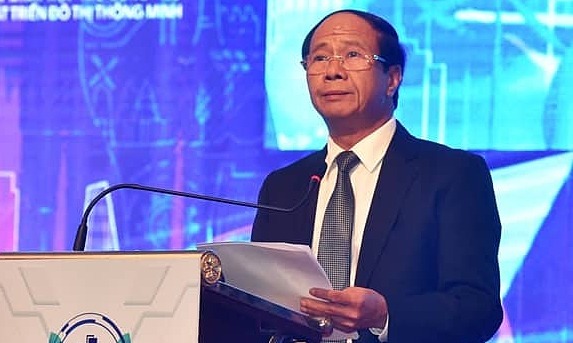 According to Deputy Prime Minister Le Van Thanh, when embellishing central cities, priority should be given to public welfare works.

This content was mentioned by Deputy Prime Minister Le Van Thanh at the Vietnam Urban Sustainable Development Forum 2022 on the afternoon of June 17, in the context that many large cities in Vietnam are currently only focusing on attracting investors to build medium-sized buildings. commercial centers, apartments, but forget the obligation to deploy community service items.

The Deputy Prime Minister acknowledged that, after more than 35 years of implementing renovation, Vietnam’s urban system has made strong progress in both quantity and quality. Up to now, the whole country has 869 urban centers of all kinds, distributed relatively evenly. The rate of urbanization determined by location after 11 years (2010 – 2021) will increase from 30.5% to 40.5%.

Besides, according to him, urban space has also been expanded, technical and socio-economic infrastructure has been invested in an increasingly synchronous and modern direction. The urban economy has continuously grown at a high rate, contributing about 70% of the country’s GDP annually…

However, the Deputy Prime Minister also pointed out that urban planning, management and development still have many shortcomings. Specifically, the urban rate is still low, developing mainly in width. There are not many modern and sustainable urban models.

In addition, according to him, the embellishment and renovation of central urban areas, old urban areas, and degraded apartment buildings still encounter problems with mechanisms and policies… Urban areas still face the general situation of congestion. Traffic, flooding, the ratio of traffic land, trees are not guaranteed as required…

In fact, this is a difficult problem for many big cities like Hanoi and Ho Chi Minh City… For example, in Ho Chi Minh City, according to the adjustment project of the City Construction Master Plan to 2025 by the Prime Minister. approved, the total area of ​​green trees in the whole area is about 6,259 ha, corresponding to the green tree land planning target of about 6.3 m2 per person.

However, according to the Technical Infrastructure Management Center – Department of Construction, the whole city now has more than 508 hectares of parkland, the target of public park land in HCMC is only 0.55 m2 per person on average. on a population scale of 9 million people), much lower than the approved plan,…

In that context, the Deputy Prime Minister said that Vietnam has set its determination to develop sustainable urban areas, in order to build cities that approach civilized and modern standards.

To do so, he believes that functional units need to continue to innovate thinking in planning and management; has a long-term, overall view of space and time, in which urban infrastructure, especially transport infrastructure, public welfare are the contents that need special attention and priority.

According to the Deputy Prime Minister, the embellishment of central urban areas must both preserve cultural and historical works, and at the same time focus on renovating the infrastructure system, ensuring gradually meeting infrastructure standards. number, traffic, density of trees, especially focusing on the development of welfare works such as parks and squares.

Mr. Thanh said that new development areas are an opportunity for Vietnam to develop sustainable urban areas in the direction of green and smart cities. From the planning stage to the construction implementation process, it is necessary to ensure strict implementation of regulations, standards and norms on the ratio of land for traffic, trees, welfare and not to arbitrarily adjust the local planning. The ministry disrupts the general plan.

In addition, the urban development must also ensure to well solve the housing problem for people, especially the poor, policy families, and workers. In that process, special attention should be paid to the embellishment of old urban areas, degraded apartment buildings…

Mr. Tran Tuan Anh, Head of the Central Economic Commission also agreed that it was necessary to innovate in thinking and unify the perception of urbanization and sustainable development. In particular, Vietnam needs to grasp the rules and characteristics of the city to be able to create solutions suitable for each locality. Urban renovation and reconstruction also need to be carried out synchronously and in harmony between the old and new, with sectoral, regional and multi-dimensional linkages between cities.

According to him, Vietnam needs to accelerate the completion of institutions and policies to facilitate the process of urbanization, planning, construction, management and sustainable urban development. He noted that it is necessary to thoroughly overcome the situation of urban upgrading when the criteria are not met.

In addition, Mr. Tuan Anh mentioned the need to decentralize and decentralize power more strongly for urban governments. In addition, Vietnam needs to promote and exploit well the resources from the city itself to nurture and develop the city, in which urban planning and infrastructure development of urban areas must be one step ahead and create key resources for development…