Director of Bach Mai Hospital: It is very natural for many doctors to change jobs 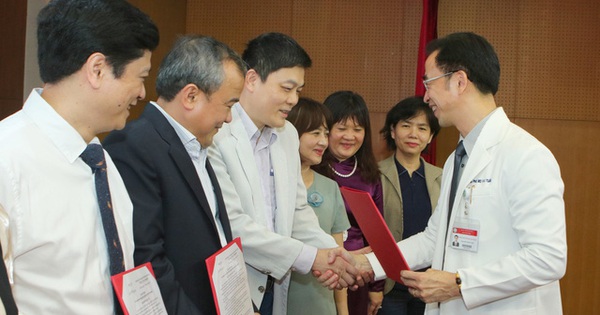 Involving more than 221 people, including nurses, doctors and service providers Bach Mai Hospital Quitting his job, including many doctors who changed jobs, Mr. Nguyen Quang Tuan, Director of Bach Mai Hospital, said that this move is very natural, especially in the current context where there are many private hospitals. The birth will attract a certain human resource from state hospitals.

“Thus, the hospital has shifted but the number of people transferred to higher quality. Currently, Bach Mai Hospital has nearly 1,000 professors, doctors, doctors, so with a few dozen people moving I think no affects the functions and professional activities of the hospital “- Mr. Tuan asserted.

Previously, Bach Mai Hospital confirmed that there were 221 medical staff and workers at the hospital who quit their jobs and streamlined their labor over the past time. In which, 113 people have been improved and leaned, 28 doctors have changed their work and quit their jobs; including 1 associate professor, 7 doctor of medicine, 2 doctoral degrees in pharmacy … the rest are general workers. Among doctors, the employees who moved to another place or quit their jobs were the Head of Pharmacy Department, Head of Department of Infection Control, Head of Functional Exploration Department, Deputy Head of Personnel Department …

The leaders of Bach Mai Hospital said that there are 4 main reasons why employees quit their jobs, which is the streamlining of some parts, the decrease in income because of Covid-19, the stress of psychology after hospital leaders fell into circles. TB treatment and hospital renovation pressure.

Talking to reporters WorkersMany doctors believe that in the past time, Bach Mai Hospital has encountered a number of difficulties such as inpatients, the number of patients visiting daily has decreased, reduced revenue, salary and bonus … Doctors quit or change jobs not because of reduced income but because the working environment is no longer suitable.