Deputy Prime Minister: Southern provinces and cities do not ignore the Covid-19 epidemic 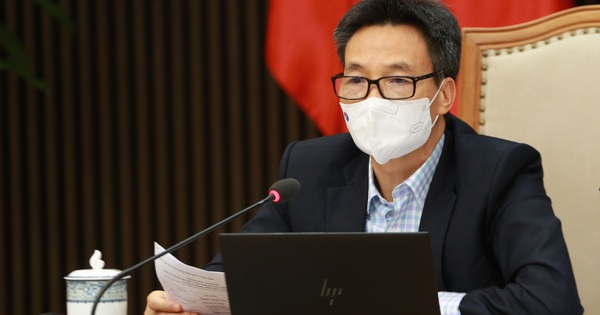 According to the report of the Ministry of Health, in general, the number of new cases Covid-19 nationwide in the past 2 weeks has decreased by 48% compared to the previous 2 weeks. However, the number of cases in the past week increased by 14.4% compared to the previous week. Among the 19 provinces and cities in the East and Southwest, from October 19 to October 25, 19/19 localities recorded an increase in cases in the community.

Deputy Prime Minister Vu Duc Dam requested that in the next 2 to 3 weeks, the southern provinces, especially the Southwest region, organize the most urgent Covid-19 vaccination – Photo: VGP

In Ho Chi Minh City, Binh Duong, Dong Nai and Long An, the number of new infections and deaths has decreased markedly.

Senior Lieutenant General Vo Minh Luong, Deputy Minister of National Defense, Head of the Government’s Special Working Group on Covid-19 prevention and control, said that the rate of vaccine coverage in the Southeast provinces is high but still low. recorded many cases, so it is necessary to strictly implement epidemic prevention and control in restoring production and business activities; focus on protecting unvaccinated people, including children.

Meanwhile, the number of infections in the southwestern provinces increased mainly due to people returning from epidemic areas, Senior Lieutenant General Vo Minh Luong said that the southwestern provinces need to strengthen testing, screening and tracing of F0 in the community. , especially when the rate of people being vaccinated is still low, the capacity of the health system is weak. 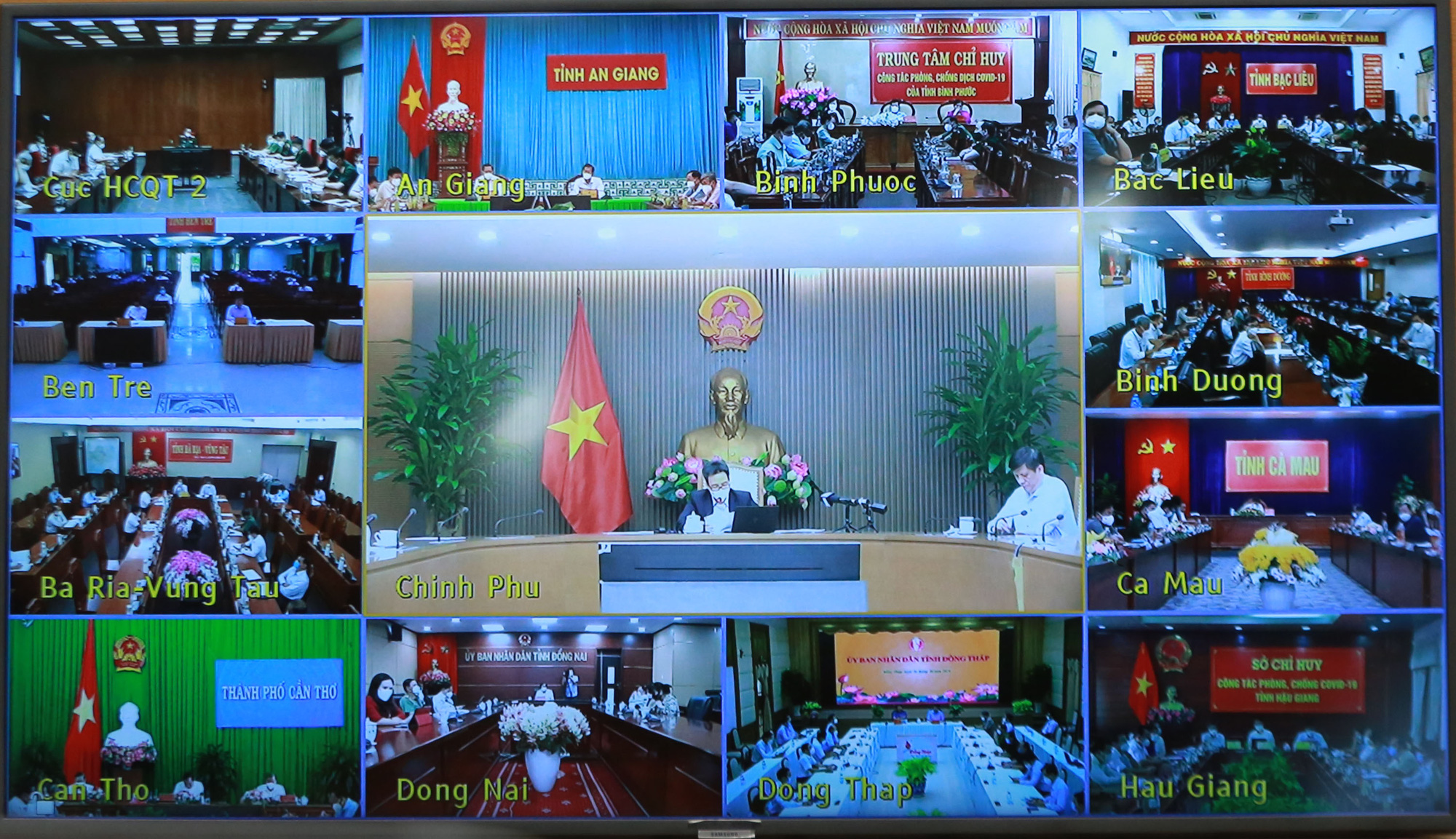 The Deputy Prime Minister emphasized that the southern provinces must continue to raise their vigilance, not be negligent and subjective, but lose the recent anti-epidemic achievements. Photo: VGP/

Continue to strengthen control of people coming from other places

In recent times, localities across the country have increased surveillance of cases from people returning from epidemic areas, especially southern provinces and cities.

From October 7 to 25, according to preliminary statistics, about 381,000 people moved to the provinces, took samples for testing for 363,405 people, of which 6,222 positive cases were recorded.

Localities are facing difficulties in applying measures to manage people returning from provinces at risk of epidemic level 1 (green), level 2 (yellow) but residing in communes or wards at risk of epidemic level 3. orange), level 4 (red). Many people who have been vaccinated are still infected with Covid-19, so if they only isolate and monitor their health at home, there is a potential risk of spreading the disease to the community.

Deputy Prime Minister Vu Duc Dam suggested the provinces continue to closely coordinate, share and remove difficulties, continue to strengthen control of people coming from other places. The Ministry of Health, the Ministry of Public Security, and the Ministry of Information and Communications urgently connect and link data to be able to identify people from other provinces who have previously resided in communes and wards at risk of epidemic.

To ensure enough biological products to test people from other places, the Deputy Prime Minister asked the southern provinces to sum up their needs and send them to the Ministry of Health for balance and support when necessary.

The Ministry of Health continues to review and adjust the isolation process, distinguishing between localities with different vaccination rates, between people who have been vaccinated and those who have not.

The possibility of spreading to the community is very large

Minister of Health Nguyen Thanh Long said that it is necessary to continue to raise vigilance against the risk of disease in the southwestern provinces, when the number of people from Ho Chi Minh City, Binh Duong, Dong Nai and Long An to this area is very high. In the east, with the rate of people infected with Covid-19 about 1.6%, there is a great potential for community spread, especially in areas that have not yet been covered with the first dose vaccine.

The southwestern provinces must closely monitor people from epidemic areas, “go every alley, knock from house to house, check each person”, medical supervision, testing and isolation according to local practical conditions in the following directions. guidelines of the Ministry of Health.

The health system is ready to respond to the risk of epidemics at level 4, especially medical oxygen, “3-storey treatment tower”, preparing a plan to establish a mobile medical station…

By the end of October 25, 19 southern provinces and cities had been allocated 48.2 million doses of Covid-19 vaccine, accounting for 49% of the total number of vaccines distributed across the country. Notably, there are 5/19 provinces and cities with coverage of at least 1 dose of vaccine reaching over 95%, including Ho Chi Minh City, Ba Ria-Vung Tau, Dong Nai, Long An, and Binh Duong. However, there are still 9 out of 19 provinces with the rate of 1st dose vaccination below 70%: Tien Giang, Ben Tre, Tra Vinh, Dong Thap, Binh Phuoc, Kien Giang, Ca Mau, Bac Lieu, Hau Giang.

Deputy Prime Minister Vu Duc Dam requested that in the next 2 to 3 weeks, the southern provinces, especially the Southwest region, organize the most urgent Covid-19 vaccination, quickly covering the nasal vaccine. 1, continue injecting 2. The Ministry of Health must ensure enough vaccines.

The Minister of Health affirmed that when the vaccine arrives, the Ministry will continue to distribute it to the southern provinces and cities, ensuring that the injection covers 2 doses for the entire region.