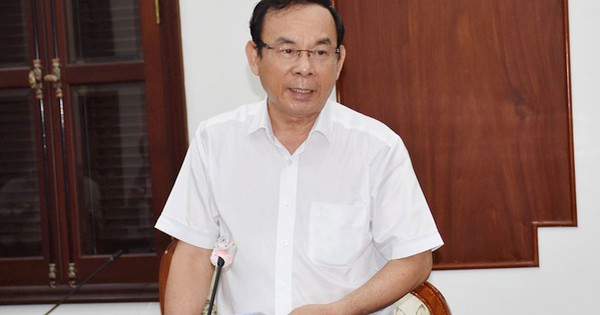 Faced with the increasing dengue situation, on the afternoon of June 15, Politburo member and Secretary of the Ho Chi Minh City Party Committee Nguyen Van Nen chaired a meeting on dengue prevention in the city. According to a report by the Department of Health of Ho Chi Minh City, as of June 9, the cumulative number of dengue cases in the city was 13,520 cases, an increase of 87.6% over the same period in 2021; increased 24% compared to the cumulative number of cases in the same period of 2015-2020 (10,902 cases).

According to the Ho Chi Minh City Department of Health, this is an endemic disease, but in 2022, the disease tends to increase markedly. As of June 15, Ho Chi Minh City had 9 deaths from dengue, an increase of 7 cases compared to the same period in 2021 and an increase of 6 cases compared to the average in the period 2015-2020. The city’s health sector has implemented dengue prevention and treatment activities.

Concluding the meeting, Secretary of the Ho Chi Minh City Party Committee Nguyen Van Nen highly appreciated the epidemic prevention and control activities of the city’s health sector, the City Pasteur Institute, the City Public Health Association and related units. The agency has been active and proactive in advising and implementing measures to prevent, prevent and treat dengue. “Given the current situation, if our epidemic prevention and control activities do not strengthen, with a higher level, the risk of facing very complicated and bad problems in the near future” – Secretary of Thanh Ho Chi Minh City Party Committee noted. Therefore, he asked the entire political system of Ho Chi Minh City to be aware of how fast, bad and complicated the risk of dengue this year is in order to be responsible for disease prevention.

Secretary of the Ho Chi Minh City Party Committee said that the city will launch a campaign to clean the environment, kill mosquitoes and larvae throughout the city on Sunday. In which, socio-political organizations and associations strengthen their activities, considering this an important and regular political responsibility. The Secretary of the Ho Chi Minh City Party Committee also suggested that the health sector both advise and train health workers from grassroots health, community health, to hospitals and health stations, especially at the end-line. The health sector instructs people when sick to calmly check, know how to recognize the signs of the disease, take medicine according to instructions and promptly transfer to the hospital when taking medicine does not show signs of illness.

He also requested to ensure preventive medicine, equipment to promptly treat people when necessary; absolutely do not let patients die due to lack of drugs or necessary solutions for treatment. “Although the city has experience in dengue prevention, it must not be subjective; it must be proactive first, prevent it from afar before the epidemic situation worsens, and minimize the number of cases in the high stage. points” – emphasized Mr. Nguyen Van Nen.

An Giang: The number of cases increased by nearly 400%

Meanwhile, Binh Duong had about 4,172 dengue cases, an increase of more than 10% over the same period, children accounted for 44%, severe disease accounted for 4.1% and there were 8 deaths.

Director of An Giang Department of Health Tran Quang Hien said that the province’s health sector is focusing on promoting environmental sanitation and killing larvae, monitoring to detect outbreaks early and put out epidemics quickly.

Many children die due to late hospitalization

Dr. Luong Chan Quang, deputy director of the Department of Disease Control and Prevention, Pasteur Institute in Ho Chi Minh City, said that in 2022, deaths from dengue in children were slightly higher than adults, while in previous years adults were always higher than children. em. Every year, the Southwest region accounts for 10% of deaths. However, this year, although it is only the first 5 months of the year, the number of deaths has accounted for 25%.

Recently, Children’s Hospitals in Ho Chi Minh City have treated many children with dengue, including many cases of severe shock and multi-organ damage. There were cases of apnea, cardiac arrest before hospitalization.

Doctor Do Chau Viet, Head of Infection Resuscitation Department, Children’s Hospital 2, said that there are 11 cases of severe dengue in the department requiring dialysis, mechanical ventilation, drainage to decompress the abdomen… “Most severe cases are severe. Even though the child’s pulse was not measured, even after trying to save the child, the patient also died.From the beginning of the year until now, there have been about 5-6 deaths at the hospital. Most of them are from provincial hospitals, such as Binh Duong, Dong Nai and Tay Ninh,” said Vietnamese doctor.

Children’s Hospital 1 is treating about 30-40 cases of dengue, of which 10% are severe. Some pediatric patients with severe dengue shock, multi-organ failure… need intravenous fluids, blood products, and respiratory support. There are even very severe cases requiring mechanical ventilation, dialysis, and plasma exchange. Since the beginning of the year, the hospital has saved the lives of many children with severe dengue. However, 3 children died due to late hospitalization.

Lack of “weapon” to suppress translation

Analyzing the causes of the increasing number of dengue cases and deaths, Dr. Nguyen Luong Tam, Deputy Director of the Department of Preventive Medicine (Ministry of Health), said that after the Covid-19 epidemic, people in the southern provinces There is a subjective mentality, each person is not aware of the control of larvae and larvae. Dengue fever in the northern provinces usually occurs from August to November, but in the South, it is year-round because the weather is hot, sunny in the morning, rainy in the afternoon, and a lot of waste products such as tires, coconut shells, water jars, etc. conditions for mosquitoes to breed.

Mr. Tam also pointed out that one of the main reasons why dengue patients in the South have severe changes and high mortality is because people often go to private clinics and only go to the hospital when they get sick. These cases are more difficult to treat and many people do not survive. In addition, people with dengue are still subjective, often ignoring the signs when the fever is gone but do not know that after the fever-free period is very dangerous.

Another fact is that chemicals to kill mosquitoes, sprayers… in many localities have been exhausted but have not been approved for funding to buy. Medical facilities, especially at the district level, lack infusions because they can’t buy them, lack of supply (regional hospitals), leading to a lack of treatment facilities for patients. Not to mention, after 2 years of preventing and controlling the Covid-19 epidemic, many medical staff quit their jobs, so most of them are newbies who have not been trained in dengue prevention.

Dr. Luong Chan Quang suggested that in the immediate future, it is necessary to establish community dengue shock groups to go every alley, knock door to door, and mobilize people to join hands in dengue prevention like fighting Covid-19; create routines for the people. The Ministry of Health provides emergency aid to localities lacking chemicals; set up inspection and supervision teams; approving and promulgating the dengue prevention and control plan; procurement and supply of therapeutic drugs, chemicals… In addition, Mr. Quang asked the Ministry of Health to allow the establishment of a technical committee for dengue prevention and control in the South.

Binh Duong Department of Health has just issued an urgent dispatch to rectify the collection and treatment of suspected dengue patients at unqualified facilities. Accordingly, over the past time, many medical examination and treatment facilities, including private clinics in the province, have received and treated (mainly by infusion) suspected cases of dengue, leading to the disease’s transformation. heavy.

Binh Duong Department of Health recommends that private polyclinics and specialized clinics must strictly comply with the reception, examination, diagnosis and treatment of dengue patients, as well as strictly comply with fluid resuscitation according to the regulations. instructions, do not transfuse unless indicated. In addition, regularly report daily to the local health center of cases of dengue diagnosis when visiting the medical examination and treatment facility to promptly handle the outbreak according to regulations. For clinics, specialized internal medicine and pediatric clinics, they are not allowed to keep patients suspected of having dengue at the facility for treatment when they are not fully qualified.