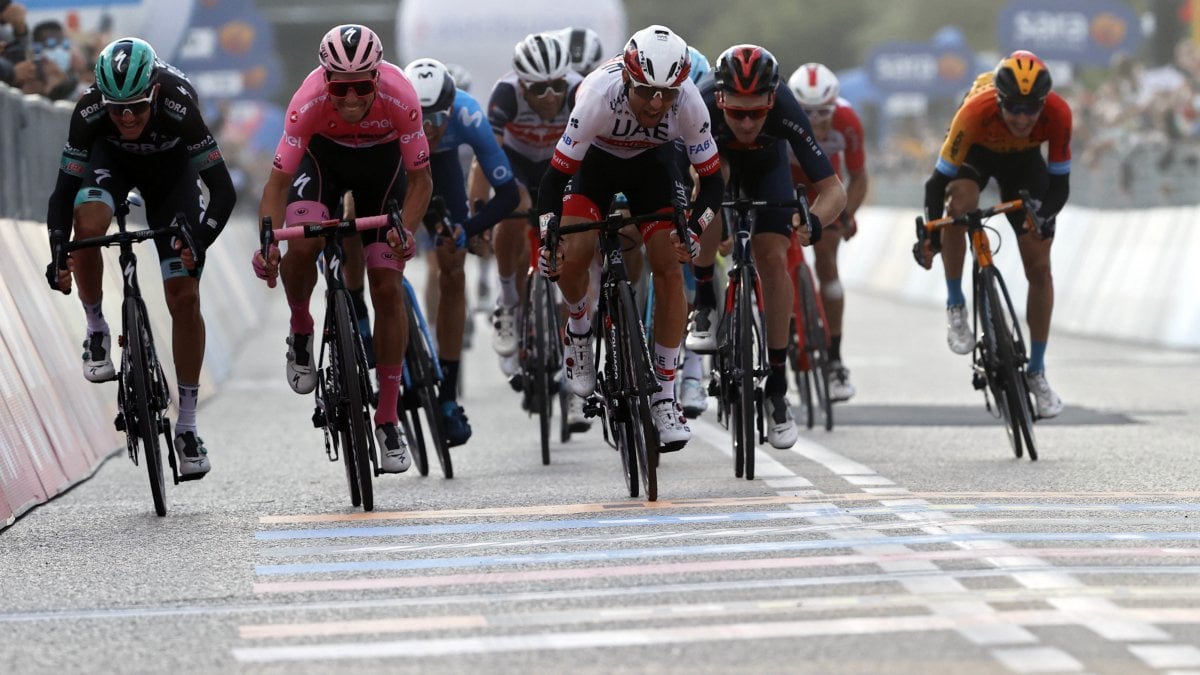 “I really did not expect to make a great double in this Giro.” He didn’t expect it, but he planned it down to the smallest detail. Diego Ulissi strikes again: cold in the race, polished in the sprint. He uses Sagan’s newfound enthusiasm to eliminate Demare, then himself (through his faithful Valerio Conti), gets rid of the Slovakian. Then, in a short and very tight sprint, Joao Almeida has imposed himself on the pink jersey. And here lies the other dominant reason for the arrival at Monselice. And if the pink jersey, apart from the dutiful words of humility, thinks of winning this Giro? Doing the sprint to collect six important seconds of bonus is a signal in this sense. On Saturday there is a time trial in which the Portuguese has the cards to do well, and the third week – very tough – is previously sub judice for the weather. “The goal today was the victory, even if the result is good. I knew the streets very well in the finale (he attended them for a year as an amateur, ed). My team gave everything, like every day. I should have won, but it can happen that I finish second. ”

This and more happens in the thirteenth stage. Flat calm for 150 km, then the fireworks. In front there are seven attacking: Ravanelli, Pellaud – the Swiss who winks at Colombia for love and who once resumed stops to applaud his teammates -, Vanhoucke – who has reduced his ambitions from a pretender to the white jersey to a man on the run -, Rota, Contreras, Tonelli and Bouchard.

Tonelli is the one who resists the most, even if the fate of the seven is clear already on the first demanding climb, Roccolo. Sagan, who had previously made the team work to keep the escape under control, instructs Matteo Fabbro to make a killer rhythm for Demare’s legs. Successful mission, given that despite the escort of his teammates, the Frenchman has to give up the pokerissimo: “We knew it would be a very difficult arrival. Such a final could happen, there is no regret, indeed it is a positive day for the shirt. cyclamen”.

However, the emotions are not over. The wall of Calaone remains, where Sagan is the one to pay the price, under the blows of the UAE of Ulissi. About twenty remain in front, Almeida’s Deceunink avoids further returns and prepares the sprint for the pink jersey. Then everyone agrees Ulissi: “We did a great job in the final, I wanted to break away from the sprinters. In the sprint I was very tired, but I’m putting the wheel in front. A special thanks to McNulty was great”