Crying her Bân: What scientific basis is there to explain the strange phenomenon? 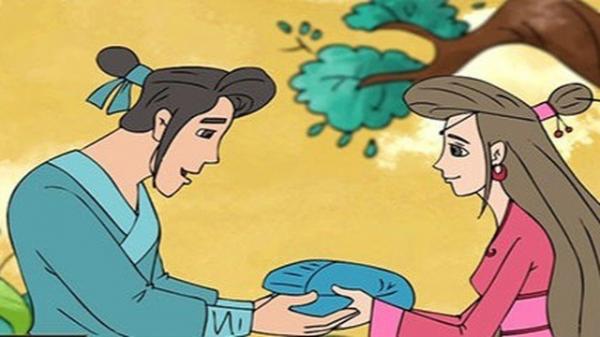 Miss Bân is a folk tale-like way of calling the last winter cold that occurs in the third lunar month of the North of Vietnam, or in general, the late cold.

“January is cold, February is cold, March is cold, Ms. Bang”. This is a proverb that is not too unfamiliar to every Vietnamese when talking about the weather phenomenon in the Northern provinces in the early part of the year.

So, what is the real cold, Miss Bân? Why is there this concept, as well as the explanations surrounding the unusual cold phenomenon before entering the hot season?

The story of her cold

The legend of Ms. Ban sewing clothes for her husband explains the phenomenon of late cold in the provinces of the North and the East for many years.

According to the legend, Ms. Ban is the daughter of Ngoc Hoang, but unlike many of her sisters, Ms. Ban is slow and somewhat clumsy.

Her husband is also a man in the celestial world. She loves her husband very much. Seeing that the cold season has come, she intends to sew her husband a braided shirt.

But she was too clumsy, when it started to get cold, Ms. Ban started her work, but she kept struggling, finding one was missing the other, she had no needle, she had no needles, she could weave the thread into weaving. broken.

So far it was almost spring, and only the wrists were sewn. But Miss Bân is not discouraged

She sewed through January and end of February, until the garment was finished, it was just when it was cold.

Ms. Ban is very sad. Seeing the sad son, Ngoc Hoang asked. When she learned that Ngoc Hoang was touched, it made it cold for a few days for her husband to try on her shirt.

Since then it is customary, every year around March, although the cold season has passed, the hot season has come, but sometimes it becomes cold for a few days, people call it cold, Miss Bân.

Scientific explanation for her cold phenomenon

Miss Bân often falls in the period from the end of March to the beginning of May. This is essentially a late cold due to the influence of cold air coming from the North at the end of March and even April of the calendar, when the weather has warmed quite a lot.

According to the cloud chart from the observatory and the measuring tools, it can be seen that during this time, the cold air is still active, and there are still waves that cause cold weather.

The typical weather type of her cold is often accompanied by small rain and drizzle because the cold air at the end of the season is not only from the North to the South but slightly to the East through the Gulf of Tonkin, bringing steam from the sea.

In fact, Miss Bân’s cold is not a very cold spell, like many cold spells in winter. However, as the region’s overall heat has warmed quite a bit compared to December, people often feel very cold because of that.

Due to the change of climate in Vietnam in particular, and in the world in general, her cold does not appear every year, but there are several years that happen several times, each lasting several days.

Specifically, according to the National Center for Meteorological and Hydrological Forecasting, the frequency of cold spells during this period is only about 30%. Thus, on average, every 10 years there are about 3 times the cold phenomenon of Ms. Ban occurs.

The global warming, the long-lasting strong El Nino, and the urbanization effect are the reasons for this change.

In Vietnam, the cold of Ms. Ban has a certain impact on agricultural production because the time of cold occurs, crops, especially rice are making their way, low temperature will affect the normal growth of plants. rice, affecting rice yield.

In addition, a sudden cold will affect the health of the elderly and young children due to their inability to adapt. Therefore, folklore has a saying: “In March, the old woman froze”.

Crying her Bân: What scientific basis is there to explain the strange phenomenon?