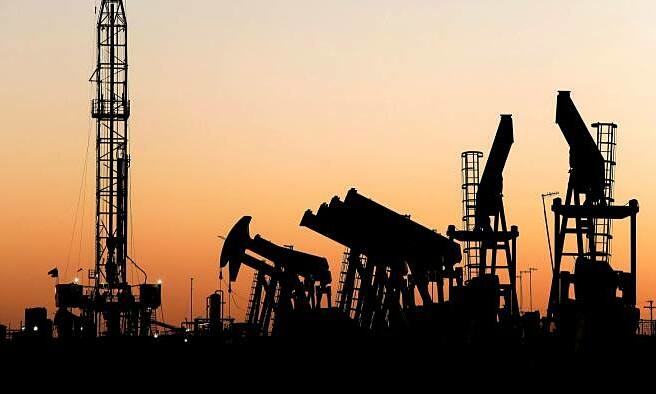 Next year’s oil demand will remain low compared to the pre-pandemic, the supply will depend on the major countries, and Joe Biden will be a variable with the market.

This year, crude oil has experienced an unprecedented crisis. The price per barrel dropped from nearly 70 USD at the beginning of the year to less than 20 USD in April. US crude oil was even negative.

So, after a short but damaging price war, the Organization of the Petroleum Exporting Countries (OPEC) and Russia began a series of record production cuts to stabilize the market. But despite that, companies still had to cancel their investment plans. Many European energy giants have begun looking for a greener future.

By the end of the year, many signs of recovery began to appear. Crude oil price has returned to 50 USD. Some investors believe that the market cycle is about to change direction, although the demand forecast is still uncertain.

According to the Financial TimesHere are five notable points about crude oil in 2021.

On average, oil demand is likely to rise to a record in 2021. However, this number will remain significantly below the pre-pandemic.

Before Covid-19 appeared, oil demand was forecast to increase by 1 million barrels per day in 2020 and 2021. This means next year consumption will be 5 million barrels less than in the no pandemic scenario. . In 2009, when the global economy reeled during the financial crisis, the demand for oil dropped by just over a million barrels a day.

There are 3 main factors affecting demand. The biggest is jet fuel. As the aviation industry is still under great pressure, oil consumption will decrease by 2.5 million barrels per day compared to before the pandemic.

Demand for gasoline and diesel is better, but is also forecast to remain limited in the first half of the year until the vaccine is widely available. This demand can only reach 97-99% of the pre-pandemic mark, according to the IEA. “The next two quarters may not be too different from now,” said Amrita Sen at Energy Aspects.

A third factor is the economic consequences, from downward demand from manufacturers to declining sea freight.

Oil supply outlook is more complicated. The plunge of prices in 2020 has depleted investments in this industry. Meanwhile, problems like social dislocations on rigs are slowing oil drilling operations.

Shale oil has stabilized in the second half of 2020. However, the days of rapid growth are over. The EIA forecasts US supplies to drop to 11.1 million barrels next year.

One of the key variables to oil is how producers will react if the price goes above $ 50 a barrel – which is enough to offset costs for most companies. Globally, the IEA forecasts non-OPEC production to grow 500,000 barrels a day next year. “Whether or not oil prices can sustain the current rally is the concern,” said Bjornar Tonhaugen at Rystad Energy.

3. OPEC and its allies

The supply-demand gap is putting great pressure on OPEC and its allies, like Russia. They spark a price war for a month, then have to sit again at the negotiating table and agree to cut production by 10% globally to save the market.

The goal of the agreement is to gradually lower cuts, allowing countries to increase production again when demand recovers. However, the longer-than-expected crisis made this plan difficult. On January 4, OPEC + will meet again to discuss increasing production by 500,000 barrels a day.

Tensions within OPEC itself are also rising, as countries weigh in between re-imposing blockade orders and the need to rebuild budgets. Even analysts at RBC Capital Markets are concerned about the possibility of OPEC + re-emerging the price war. “The ability to rebalance the market still depends heavily on the supply management of OPEC +”, said RBC.

The biggest geopolitical volatility of 2021 with oil markets was US President Donald Trump leaving the White House. Last year, Trump was very actively involved in OPEC decisions, such as forcing Saudi Arabia to raise or lower production, in exchange for US support.

President-elect Joe Biden is not expected to interfere with OPEC’s operations, but is unlikely to have had less influence than Trump. The possibility of reviving the nuclear deal with Iran could help Tehran pump 2 million barrels of oil a day into the market if the US eases sanctions.

Tensions in several other oil-producing countries in Africa, Latin America and other regions will also be closely watched. These places are strongly affected by falling oil prices, threatening political stability.

One of the oil industry’s worst sectors in 2020 is refining. Crude oil prices are also saved by OPEC + through supply management. And the refineries have few tools to grip when demand falls. As a result, their margins have been remarkably low for most of the year.

Permanent closures of refineries are expected to accelerate in 2021, especially in Europe. However, if the number of factories closes enough, the remaining firms will have a chance to increase.

Ha Thu (according to FT)