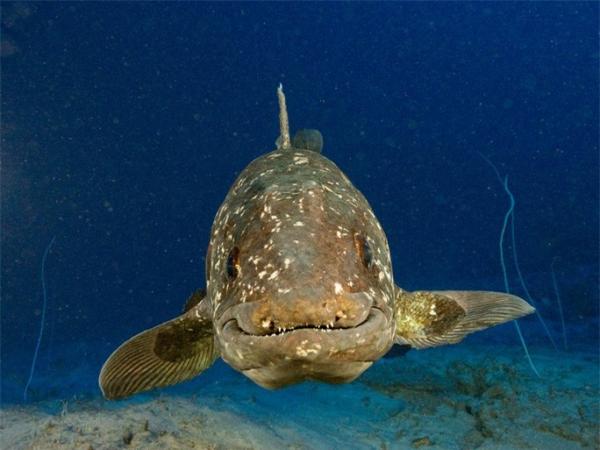 According to a team led by Professor David Martill, paleontologist from the School of Environment, Geoscience and Geoscience at the University of Portsmouth (UK), what they found was a lung and a few bones. in a phosphate mass, deposited by plaster and has a lacquer-like lustrous surface. The stunning specimen recovered from Cretaceous sediments at the site Oued, Morocco.

The article published in the journal Cretaceous Research states that it is the remains of a fish called “coelacanth”, which appeared during the Devonian (419.2 to 358.9 million years ago).

Fossils have just been found – Photo provided by the research team

It was a giant sea monster with a length of 3.65-5.52m, equivalent to today’s great white shark, and the largest bony fish ever recorded in Earth’s history. It has a unique skeleton with thin bones that are folded like a barrel instead of radiating from the backbone like modern fish.

Speaking on Live Science, the authors say this particular specimen dates exactly around the time it was thought to be “pseudo-extinct”, or 66 million years ago, at the same time as the dinosaurs. They also expect it to explain some of the strange resurgence in 1938. A South African fisherman caught his first … healthy. However, today’s coelacanths are only 2 m long.