Covid-19: Tracing a salty-haired man sharing a car with a patient 1452 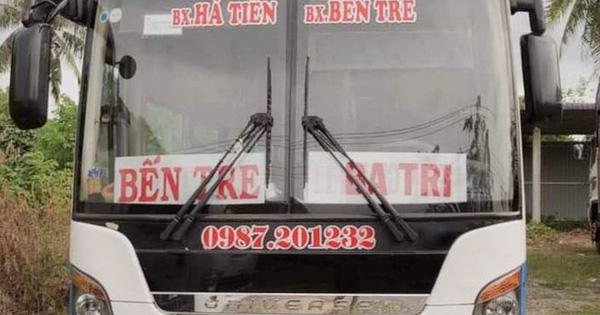 On the evening of December 30, Mr. Do Nhat Dinh – Vice Chairman of Chau Thanh District People’s Committee – said from the information requesting the coordination of the provinces of Vinh Long, Tien Giang, An Giang and Ben Tre, functional departments are urgently tracing. Subject is F1 of patient (BN) 1452.

Through the information, on the morning of December 24, at Minh Phat restaurant (Cai Be district, Tien Giang province), BN 1452 boarded the bus of Hien Van garage (BKS 68B – 008.05) to Ha Tien, Kien Giang province.

At around 9:50 am on the same day, when the car circulates to Highway 80 (the section of the Mu U bridge, Chau Thanh district, Dong Thap province), the middle-aged man about 40-50 years old, with gray hair, wears gray shirt get off the car (this person sits right behind BN 1452).

“In the face of the seriousness of the Covid-19 epidemic, the locality is urgently asking the above man to contact the nearest medical authority urgently for medical advice. At the same time, to request the people. provide information about this man to the authorities. Any case of intentional failure to declare or hide will be handled in accordance with the law “- Mr. Dinh affirmed.

* On the same day, the Center for Disease Control of Vinh Long province reported a case of illegal entry from Malaysia to Vietnam by water.

Accordingly, on the morning of December 29, NMT (24 years old; living in Trung Thanh Dong commune, Vung Liem district, Vinh Long province) followed a fishing boat from Malaysia to dock in Ba Ria-Vung Tau. When ashore, T. traveled by many means from Ba Ria-Vung Tau to his home in Vinh Long.

On the morning of October 30, T. visited relatives and neighbors near the house. After the people discovered T. back to the locality, they reported to the authorities and was mobilized into concentrated isolation at Nguyen Van Thu Medical Center (Vung Liem district) about 13 hours the same day.

Functional departments took samples to test SARS-CoV-2 of this case and sent to Pasteur Institute in Ho Chi Minh City. Currently T. has no signs of fever, cough, and difficulty breathing.