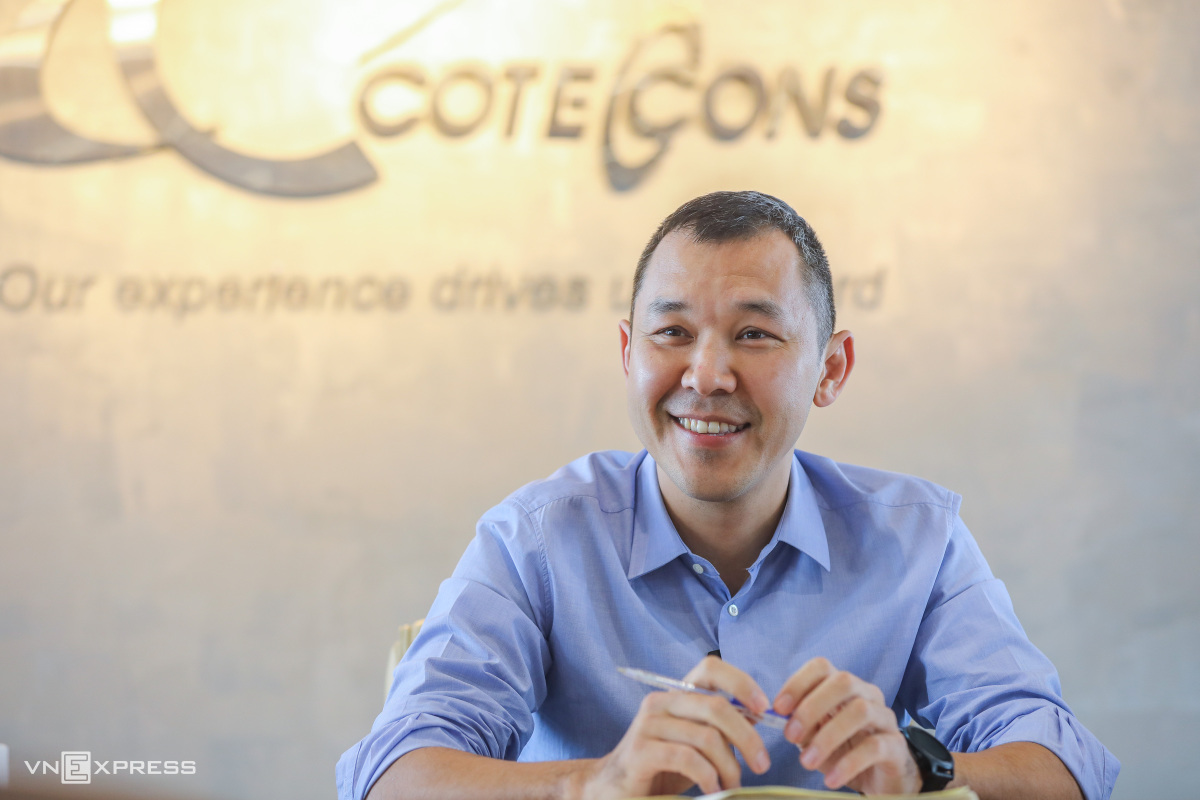 Bolat Duisenov has just registered to buy 740,000 shares and pledged to receive only 1 USD salary until the situation improves.

Mr. Bolat Duisenov, Chairman of the Board of Directors of Coteccons Construction Joint Stock Company (CTD), has just registered to buy 740,000 shares of this enterprise. According to the closing price of 11/23 session, the transaction was worth about 50 billion dong.

Buying shares as an individual, according to Mr. Bolat, is the answer to investors’ question whether Coteccons’ management is always there for shareholders during difficult times.

Coteccons has just experienced the worst period of business in history when it first reported a net loss of 12 billion dong due to a decrease in the value of the forward contract, plus the construction had to be suspended and the price of raw materials increased. This is the first loss since the company listed on the stock exchange more than ten years ago, and extends the streak of negative profit growth for the third consecutive quarter.

The company’s stock was also strongly adjusted according to the market trend, reflected in four consecutive declines. The market price fell from 75,700 dong per share to 68,000 dong and let “rivalry” Hoa Binh (HBC) surpass the market capitalization.

Mr. Bolat said he received a lot of questions, negative feedback and disappointment from shareholders. Many people have asked how they continue to believe and whether the current priorities and concerns of the company’s head are consistent with the long-term strategy pursued.

“The purchase of shares shows that I believe in Coteccons at the next stage, believe in my team and the upcoming direction,” said Mr. Bolat in a recently released statement. He advised shareholders to be patient and wait for the time to pick the sweet fruit. He also personally committed to receive only 1 USD salary until the company’s business situation improves.

Coteccons targets this year’s revenue of 17,413 billion VND and profit after tax of 340 billion VND, increasing by 20% and 2% respectively compared to the previous year. To achieve this goal, the company must bid for a total contract value of at least 107,500 billion VND and sign 21,500-25,000 billion VND.

However, the epidemic made the real estate market quiet, so the new signing value in the first nine months of the year reached VND 17,400 billion. The company recorded nine-month revenue and profit after tax of VND6,200 billion and VND87 billion, respectively, completing about 35% and 25% of the full year plan.

Mr. Bolat once said that 99% of the work Coteccons is doing is related to civil and industrial construction. If the company only builds civil buildings, the company will depend on the cycle of the real estate market, the growth rate slows down and the position of the largest contractor in Vietnam is no longer. Therefore, from the middle of the year, the company has plans to expand into new business segments such as infrastructure, energy, and asset management.

Mr. Bolat Duisenov has been Chairman of Coteccons since October 2020 after founder Nguyen Ba Duong resigned. The Kazakh businessman is also the CEO of Kusto Vietnam – the group of foreign shareholders with the largest percentage of shares in Coteccons.