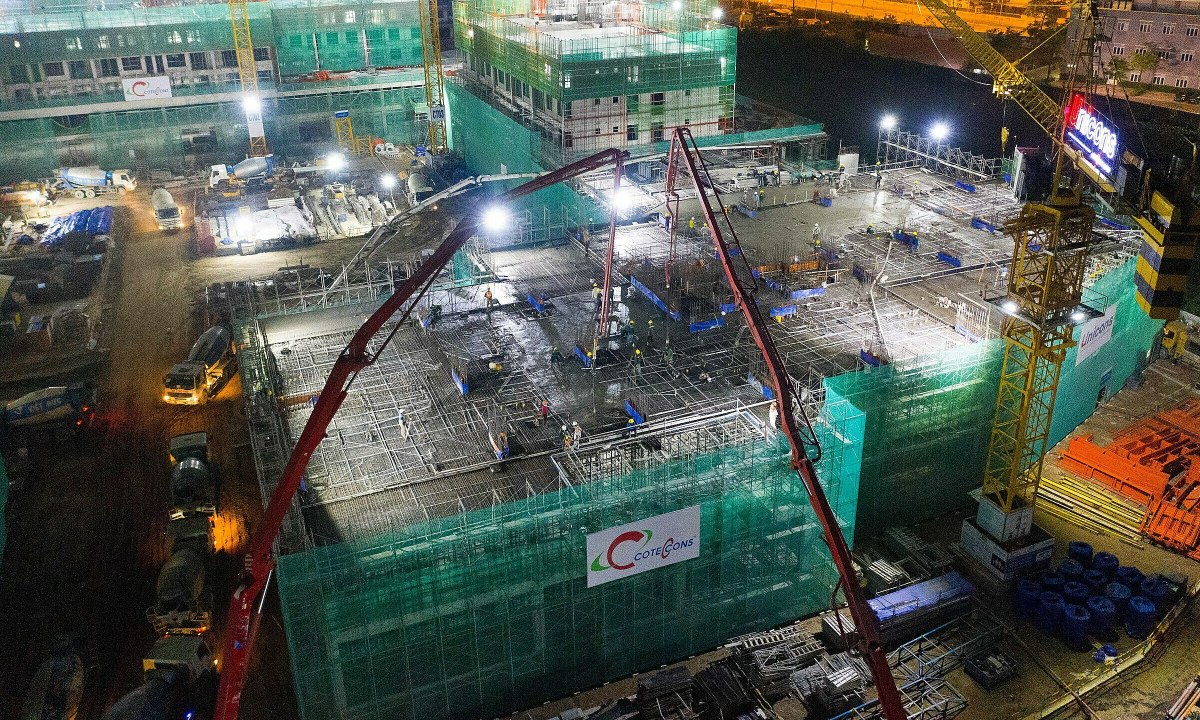 Coteccons basically completed the restructuring of its personnel and operations apparatus, ready for large-scale cooperation this year.

With strong financial potential and no loans, Coteccons maintained a stable business performance in the second and third quarters, before receiving contracts again from the fourth quarter of 2020. According to Viet Capital Securities Joint Stock Company (VCSC), an unusual point in selling, administrative and administrative expenses (SG&A) has increased sharply in the past year. The reason is the corporate restructuring process, after disputes between shareholders. According to sources of Coteccons, this business has basically completed the restructuring of the personnel apparatus to “go out” by 2021.

Coteccons’s website also recorded a series of announced trillion-dollar projects. Accordingly, this enterprise signed the first cooperation agreement in 2021 with Military Commercial Joint Stock Bank (MBBank). The bilateral relationship is expected to create a foundation for the two sides to build, develop and create new products and services that integrate between construction and finance.

Next is a series of large multidisciplinary customers such as IFF Holdings Joint Stock Company with the Hyatt Regency Ho Tram project. Dat Xanh Real Estate Group (Dat Xanh Group) with Opal Skyline project, Vietnam Urban and Industrial Park Development Investment Corporation (Idico). If IFF Holdings is one of the leading companies in resort real estate, Dat Xanh Group has a certain position in the segment of high-rise apartments – commercial services. Meanwhile, Idico is one of the leading enterprises in the field of infrastructure construction.

Coteccons partners and customers, regardless of their fields, have common characteristics in terms of size and caliber. After the past fluctuations and with great potential in capital, Coteccons is gradually conquering its goal of becoming a multidisciplinary corporation.