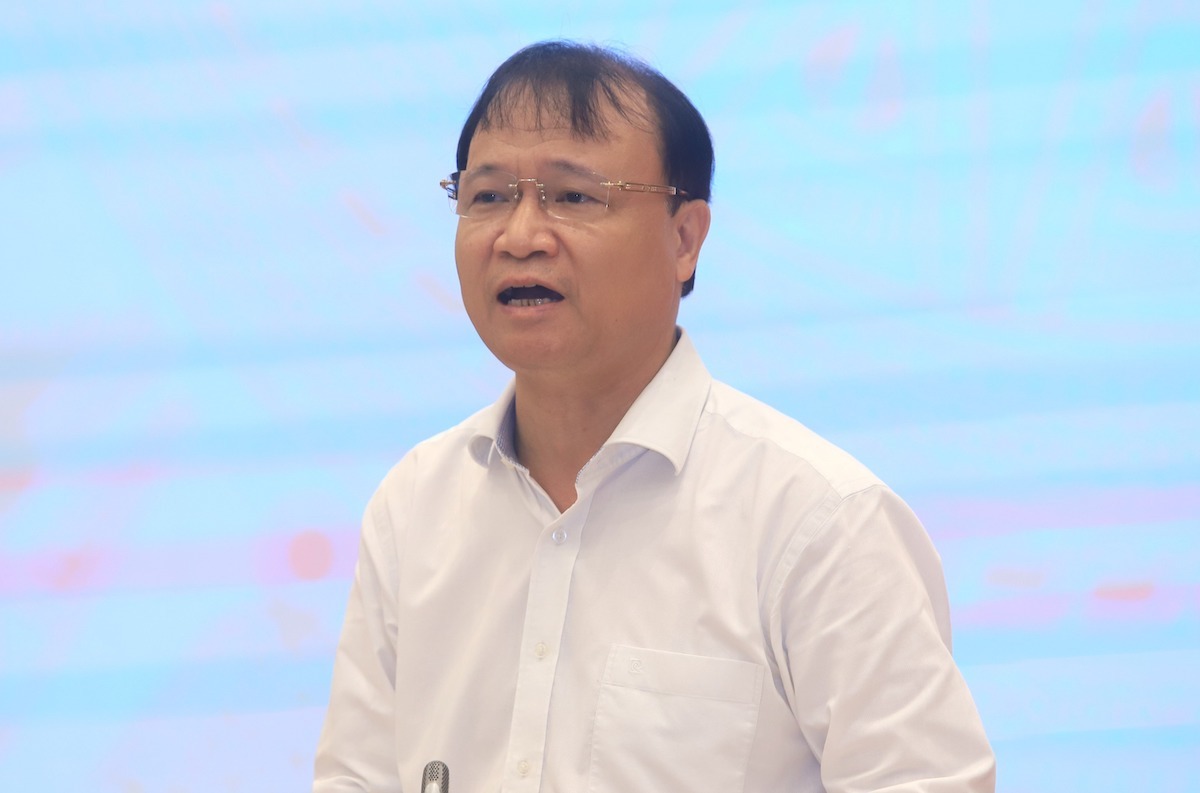 The Deputy Minister of Industry and Trade said that he would work with the Ministry of Finance to propose the competent authorities to consider reducing more taxes to curb the increase in domestic gasoline prices.

At the government’s regular press conference on the afternoon of June 4, Deputy Minister of Industry and Trade Do Thang Hai said sharing difficulties with people and businesses when gasoline prices rose to a record high of over 31,000 VND per liter from February 2. 6.

Mr. Hai mentioned three measures to curb the increase in petrol prices, which is to use the flexible petrol price stabilization fund; consider reducing taxes and taking more measures to protect people and businesses.

Accordingly, in the last operating session, thanks to the flexible use of the Petroleum Price Stabilization Fund, the increase in domestic gasoline prices was lower than in the world. Specifically, from the beginning of the year to June 1, the domestic gasoline price increase margin was 27.29 – 47.89%. Meanwhile, the world average price of petroleum products in the Singapore market (the standard price used to calculate the domestic base price of petrol) increased by 45.86 – 63.68%.

Before the proposal to reduce more taxes to curb the increase in gasoline prices, the Deputy Minister of Industry and Trade said that in the coming time, the ministry will work with the Ministry of Finance to review and propose to further reduce some taxes.

Of these, the environmental protection tax has been reduced by 50% from April 1 to the end of the year. Mr. Ta Anh Tuan, Deputy Finance Minister added that the ministry is consulting ministries and branches to amend the Decree on import and export tax rates, preferential import tax rates, in which the import tax rates are adjusted. incentives for gasoline from 20% to 12%. This will diversify the supply of petroleum.

On the other hand, the Deputy Finance Minister said that the special consumption tax on gasoline in Vietnam is currently low compared to the world.

In addition to tax solutions, using the Petroleum Stabilization Fund, Deputy Minister of Industry and Trade Do Thang Hai said that welfare policies and support for the poor and businesses can be considered.

“The increase in gasoline prices will greatly affect people’s lives and production of businesses. We will try to adjust gasoline prices in the budget condition, and currently Vietnam’s gasoline price is still lower than some other countries. share a border,” he concluded.