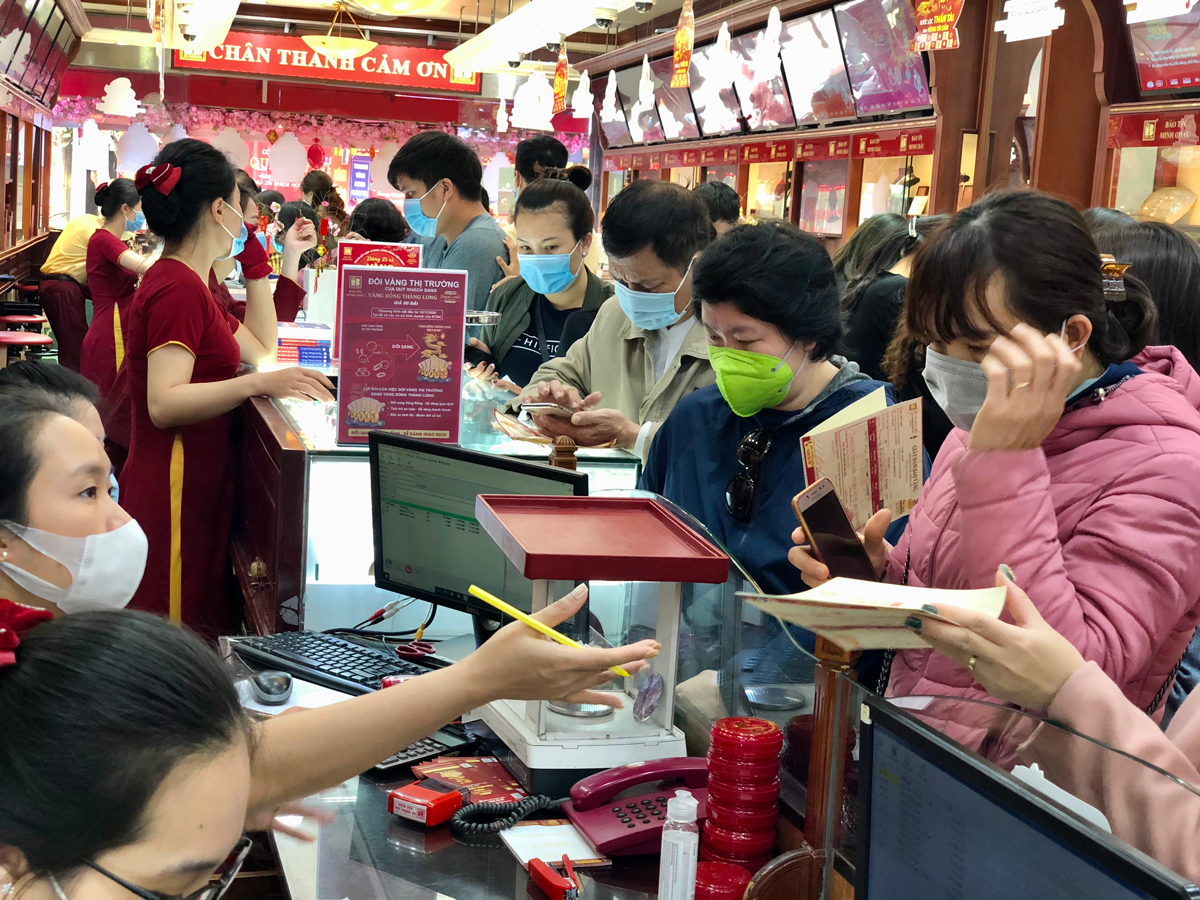 There is one more day to come for Than Tai, but many people in Hanoi and Ho Chi Minh City have been busy buying gold for luck, many places have to line up early in the morning.

As noted by VnExpressFrom early this morning (February 20), which is the 9th of the Lunar New Year, at the Head Office of Saigon Jewelry Company – SJC has quite a lot of customers coming to buy gold. Mr. Thanh – Binh Thanh said that due to fear of epidemic diseases and crowded days in the day of Than Tai, today he took advantage of buying a gold coin early to wish good luck for the whole year.

“Unexpectedly today there are many people buying gold like me. Therefore, even if going from early morning, but also have to queue for nearly 15 minutes to trade,” he said.

Mi Hong gold shops in the morning and early afternoon are also crowded with customers. In particular, 1-5 round smooth gold rings products are only quite attractive.

In Hanoi, the number of visitors to the transaction continued to increase today, after having been quite busy yesterday. At the gold shops in Cau Giay area, the line of people is getting longer and longer waiting for transactions, mostly buying.

A gold trading unit said that from the beginning of the morning, some people went to buy gold for luck. Gold traders said that the number of people buying gold from the first 6 of the year has increased compared to normal. As predicted, the 9th and 10th of the lunar calendar (God of Fortune), the number of visitors to the store will be more and more crowded.

Demand increased sharply before Than Tai day, SJC gold price decreased again this morning. At the beginning of the morning, the purchase and sale price of gold bars at DOJI Jewelry Group was listed around 55.6 – 56.5 million VND per tael, decreased by 100,000 VND to buy, but increased 200,000 VND to sell compared to the end of the afternoon. . The trade gap widened from 550,000 VND yesterday to 900,000 VND per tael.

The world gold price just closed the week at 1,784 USD / ounce, reversed to increase more than 15 USD compared to the beginning of the session after continuously going down in the past three days. If converted at bank rates (excluding taxes and fees), the world gold price is currently equivalent to VND49.7 million per tael, 6.8 million dong lower than the domestic price.