Cheap office is ready to welcome customers back 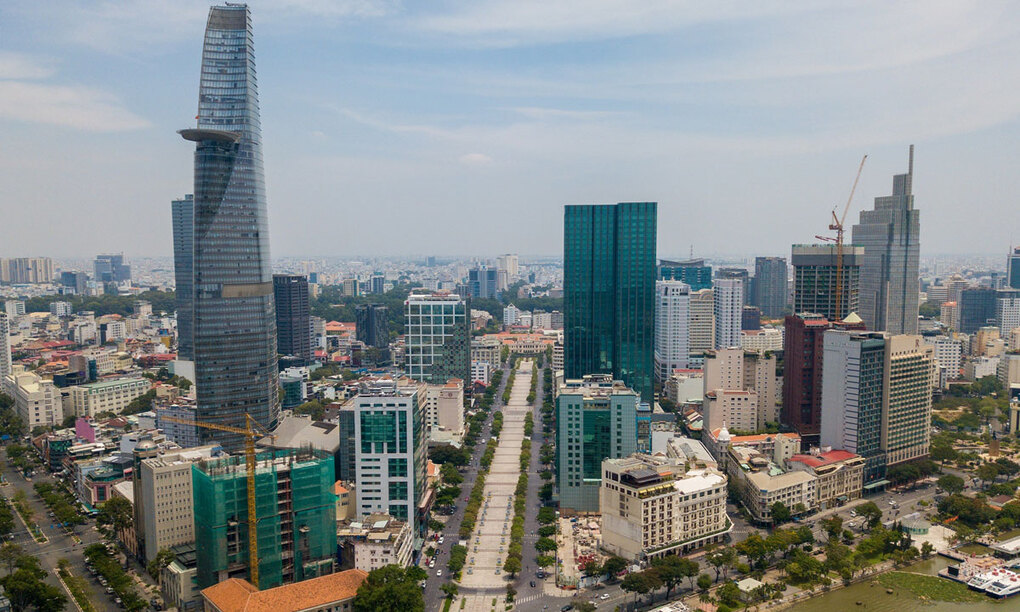 Ho Chi Minh CityA few weeks ago, offices priced from 15 USD to 20 USD per square meter a month began to have new tenants after 4 months of freezing because of the blockade.

Survey of VnExpress, a number of low-cost and affordable office rental businesses (grades B and C) in Ho Chi Minh City are recording transactions again after a period of price decline and sluggishness due to the distance to prevent the second epidemic. private.

Statistics from office chain VNO show that from the beginning of October until now, the whole system has closed 5 customers to rent premises in District 1 and Phu Nhuan, the rent is in the segment of less than 20 USD per m2 per month. The new tenant group is an enterprise that distributes many industries: logistics, real estate, domestic tourism, food and a Japanese company.

The number of new office tenants signing contracts in the post-lockdown period is still modest but has improved compared to the freezing period that lasted from May 2021 to the end of the third quarter. The common point of this new group of customers is that they only sign office leases for a term of 1-2 years. The VNO system recorded that no new businesses signed long-term leases for 3-5 years like before the pandemic broke out.

Mr. Nguyen Hong Hai, Chairman of VNO Group, said that most businesses are still cautious, so they only sign office lease contracts with a shorter term than before. During the new normal, office rents remain at a short-term support level. Currently, most workers have been vaccinated, so companies are trying to restart their businesses to catch up with the peak season of year-end sales, which also helps the market restart smoothly.

In order to reduce the psychological pressure on businesses to rent offices, the new contracts signed in October all support rent reduction depending on the characteristics of the industry and commit to force majeure conditions if the distance due to the epidemic re-emerges. 50% off rental price for customers.

Meanwhile, the office chain Sabay Home, which specializes in the segment of 15-20 USD per m2 in the area near Tan Son Nhat airport and Phu Nhuan district, Ho Chi Minh City, said that since the beginning of October, it has signed contracts for 5 The company leases traditional offices, 30 guests rent virtual offices, co-working space (shared office) and office packages.

Mr. Nguyen Huu Thien, CEO of Sabay Home Company, revealed that in the 4 months of the blockade, there were almost no new contracts signed, mostly liquidation of old contracts, disputes because of late payment and non-payment. Since the beginning of October, the blockade has been lifted, but the psychology of businesses renting space is still afraid of an outbreak. The number of new leases signed is due to the fact that customers who are renting in higher priced office buildings need to reduce the rental area.

Mr. Thien added that, in terms of industry groups, office tenants in the IT (information technology) industry are less affected, so they hold out and develop after the epidemic; Common rental area ranges from 50-80 m2 or 100-150 m2. The whole system still has offices with a large floor area of ​​500-800 m2, but for the past 6 months, it has been stagnant and cannot be rented.

New lease prices drop 10-20% in the first year, then return to normal in the second year, with a slight increase in the rate of slippage. A new feature in the office lease contract of this unit, applied from October, is that there is an additional provision that if the epidemic breaks out, the distance according to Directive 15 will reduce the rent by 30%, the distance according to Directive 16 will reduce 50%. .

To stimulate demand and support office tenants, deposit and payment are also more flexible than before the pandemic broke out. Specifically, if in the past, office leasing companies had to deposit 3 months or more, now they only have 1-2 months deposit, even the payment is divided into several installments to support customers. For example, previously paying rent every 3 months, now apply monthly payment.

However, not all office buildings have escaped in the post-lockdown period. The director of a chain of offices for rent in the mid-end and affordable segments in the fringe areas of District 1 and Binh Thanh, Ho Chi Minh City shared, although the blockade has been lifted for the past month, the vacancy rate is still quite high. Many buildings in the system have not yet had new tenants. Potential office tenants previously surveyed are still cautious.

“We still continue to offer 20-40% discount for tenants to avoid the situation of vacant space. Most potential customers who have approached and surveyed the building are currently standing still waiting for Tet after Tet because they are worried about momentum. recovery is uncertain,” he said.

Previously, the latest report on the office market of JLL predicted that the demand for tenants would be reduced due to the heavy impact of the fourth epidemic, the early payment of premises, the reduction of office space. Room or move location for the purpose of budget tightening will take place more in the last months of the year.