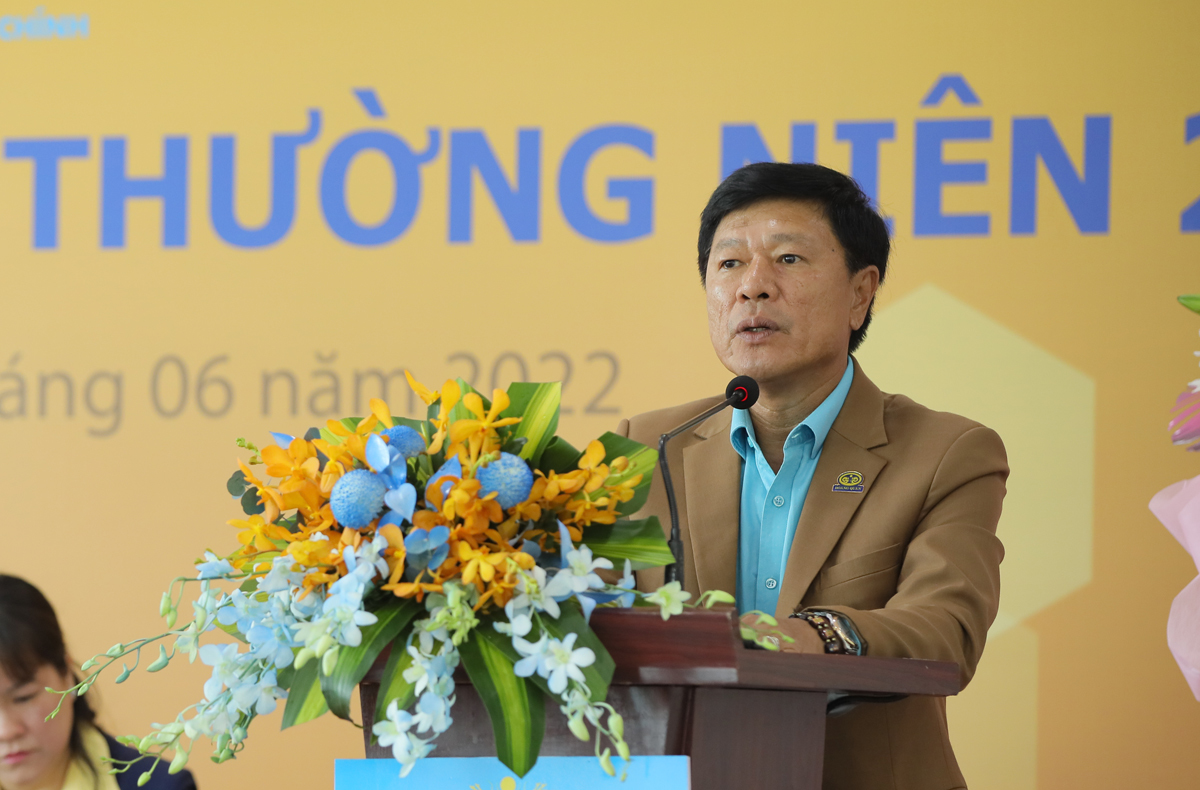 Chairman Truong Anh Tuan said that shareholders with a hostile attitude are not welcome to the Board of Directors because of disturbing the apparatus, affecting thousands of other shareholders.

On June 18, at the 2022 Annual General Meeting of Shareholders of Hoang Quan Real Estate Service Trading Consulting Joint Stock Company (HQC), Chairman Truong Anh Tuan spent 60 minutes to share his heart with investors. about the noise of businesses being acquired by a group of large shareholders.

Mr. Tuan explained, with 46,000 existing shareholders, HQC is open to all, regardless of large or small shareholders, but not all shareholders want to participate in running the company. He took the example of shareholder Le Van Loi who bought up to 7% of HQC’s shares and had no intention of joining the board of directors.

Particularly for shareholders who want to participate in running the company, they must meet many criteria: long-term companionship, transparency, cooperation, compliance with the law… “In the past, I have met Mr. Do Thanh Nhan and Mr. Ms. Nguyen Giang Quyen learned that they wanted to join the Board of Directors of HQC, but in reality, the governance capacity and the ability to accompany did not meet the criteria set forth by HQC, so we refused,” explained Mr. Tuan.

Previously, in March, a group of shareholders held more than 47 million shares of HQC, equivalent to 10% of shares at this time, including 25 individuals and 2 businesses with addresses in Ho Chi Minh City, Hanoi, Binh Duong, Lam Dong and An Giang have submitted a petition to add people to the Board of Directors of Hoang Quan Real Estate Company. This group expressed its intention to put one person on HQC’s Board of Directors, Mrs. Nguyen Giang Quyen – General Director of Louis Land Joint Stock Company (BII). At that time, Hoang Quan’s side only responded that the company received the petition, but the document did not have a full signature and seal for shareholders who are legal entities, so it was not recognized.

Not only explaining for the first time about the refusal of a large group of shareholders from Louis Land to join Hoang Quan’s management board, at this meeting, the head of HQC also revealed more information about a new group of reliable shareholders. , committed to long-term companionship. Mr. Tuan said that there was a partner who poured a large amount of capital to invest in HQC and they met the cooperation criteria set forth by the company, so they were approved. HQC plans to add more members to the Board of Directors from 7 to 11 people.

In 2022, although assessing that the domestic economy still has many difficulties and challenges, the global economy is affected by the Covid-19 epidemic, Hoang Quan still sets a target of 1,085 billion VND in revenue and 206 billion VND in pre-tax profit. , 3 times and 28 times the previous year, respectively.