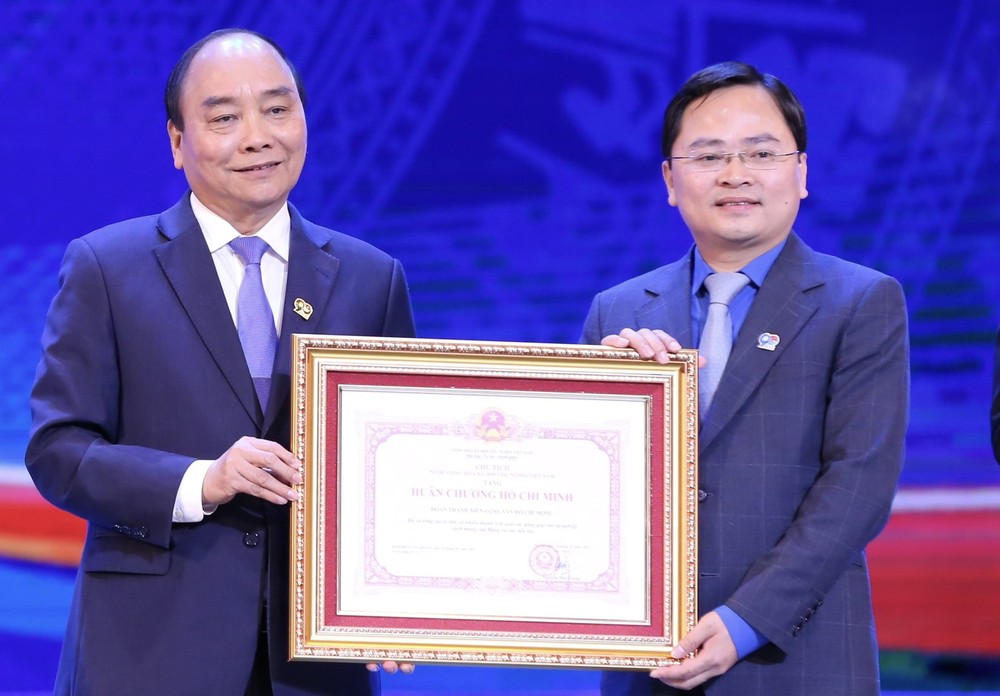 The celebration is an opportunity for the Ho Chi Minh Communist Youth Union to review the heroic traditions, contributions of the Youth Union organization and the nation’s youth in the glorious revolutionary cause of the nation; thereby defining the responsibilities of the Vietnamese Youth Union and youth in participating in socio-economic development, protecting the Fatherland, contributing to the implementation of the country’s development goals to 2030, with a vision to 2045, currently realizing the desire to build a mighty country.

The Celebration program is held with many highlights, new and modern. Through that, the good qualities of the youth are portrayed, which are: ideals, aspirations, enthusiasm, excitement, creativity. The program is broadcast live on Vietnam Television, broadcast live on Radio Voice of Vietnam and broadcast live on digital platforms on the internet and social networks.

The 90-year history of the Delegation’s glorious tradition shows that the Vietnamese youth class and the Youth Union cadres have made a great and positive contribution to the overall achievements of the country. Over the past 90 years, generations of Youth Union cadres have always shown their absolute loyalty to the Party, to the nation, ready to accept all the tasks assigned by the Party, pioneering to difficult places, dedicating and sacrificing. for the Fatherland, for the people. Regardless of the period, region or field, the Youth Union’s cadres are always solidarity, creative, eager to learn, constantly striving to dedicate, to mature.

Speaking at the meeting with delegation officials of different periods and typical delegation officials receiving the Ly Tu Trong Award in 2021, on the afternoon of March 22, Prime Minister Nguyen Xuan Phuc said that throughout the history, youth in the country Over the generations, we have always upheld the spirit of high patriotism, not afraid of hardship, not afraid of sacrifice, ready to strive, and committed to the cause of building and defending the country.

Since the leadership of the Party and Uncle Ho, the youth of Vietnam has brought into full play the heroic tradition, contributing to the entire Party, the entire people and the entire army to complete the cause of the struggle for national liberation and national reunification. and join hands to carry out the renewal, construction and defense of the Fatherland.

Over 90 years of construction, development and growth, the Ho Chi Minh Communist Youth Union has constantly grown, doing well the task of solidarity, gathering, educating and mobilizing young people to participate in common affairs of the country. always demonstrates resilience, absolute loyalty to the Party, to the nation, deserves to be a reliable reserve team of the Party, revolutionary shock force, is a socialist school of Vietnamese youth. .

The Prime Minister stated that throughout the history of the revolution, our Party and State always upheld the role and position of the youth, always identified young people as the shock force of the revolution, always placed youth in strategic center position for fostering and promoting Vietnamese factors and human resources.

Recalling the lyrics: “Do not ask what the Fatherland has done for me, but need to ask what I did for the country today …”, the Prime Minister expected that the former cadres were former Youth Union cadres at all times. His enthusiasm and rich and valuable practical experience will continue to make positive contributions to the development of the Youth Union work and the youth movement. “The comrades present today are the inspiration, transmitting the revolutionary enthusiasm to the generations of Youth Union cadres today and tomorrow”, Prime Minister Nguyen Xuan Phuc said.