Called to meet the ministry inspector, Son Tung M-TP was not present, the company was fined 70 million VND 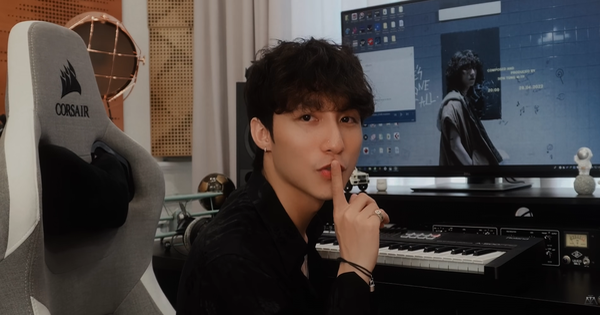 Son Tung in the promotional video for the MV There is no one at all on April 25 – Photo: T.DIEU cut from the clip

Inspectors of the Ministry of Culture, Sports and Tourism had a working session with a representative of Son Tung M-TP this afternoon (May 5) at the ministry’s headquarters in Hanoi.

Working content related to MV There’s no one at all which Son Tung M-TP posted on his YouTube channel on the evening of April 28 and removed 1 day later due to a wave of protests from the public, especially parents, educators, workers. child protection work.

The invitation of the Inspectorate of the Ministry invited the name Son Tung M-TP (Nguyen Thanh Tung), but this artist was not present at the meeting, but authorized his representative.

At the end of the meeting, the Inspectorate of the Ministry decided to fine the company of Son Tung M-TP according to the provisions of Clause 3, Article 13 of Decree 38 on sanctioning of administrative violations in the field of culture and advertising.

This regulation stipulates a fine of 30 – 40 million VND, but applied to the collective Son Tung M-TP Company, the penalty is doubled. Therefore, Son Tung’s company was fined 70 million VND.

In addition to this fine, Son Tung’s company must also take remedial measures as prescribed in Clause 5, Article 13 of this Decree such as:

– Forcible removal of audio recordings, video recordings and cultural products with malicious content in electronic form on the network and digital environment (Son Tung M-TP has done before).

Before that, at noon on April 29, more than ten hours after Son Tung M-TP released the MV There’s no one at all on online platforms, the Department of Performing Arts has sent a document to the Inspector of the Ministry of Culture, Sports and Tourism; Department of Radio, Television and Electronic Information (Ministry of Information and Communications) on handling organizations and individuals circulating phonograms and video recordings There’s no one at all in the network environment.

According to the Department of Performing Arts, the MV of Son Tung M-TP has a bad influence on young people, especially the suicide scene at the end of the MV.

For an influential performer like Son Tung M-TP, it is even more dangerous because there are many followers, especially young people in the age of psycho-physiology who are not yet fully developed, very easily affected. enjoy.

In addition, the MV . content There is no one at all violating Clause 4, Article 3 of Decree 144 on performing arts activities.

At the same time, this Department proposed the Inspector of the Ministry of Culture, Sports and Tourism to handle acts of organizations and individuals circulating phonograms and video recordings according to the provisions of Decree No. fines for administrative violations in the field of culture and advertising.

Not waiting for Google to block this MV, On the evening of April 29, Son Tung M-TP apologized and removed the MV in Vietnam.

In his apology, the male artist explained that he did not promote suicide, but just wanted to convey the message of understanding the feelings of lonely people to love, protect and open their hearts to welcome them. Get them before it’s too late.

Before release There’s no one at all This artist affirmed that this MV is a new stage in his life and career, ready for it, wants to play with it in the most comfortable way, without pressure, without obligation and without any worries. no worries, there is only pure love for music in his heart.

When state agencies quickly reacted to this MV, most of the public agreed. However also There is an opinion that the public should use the report tool to force online platforms to remove Son Tung’s MV, not use state power to punish the artist.

Therefore, according to the current law, the Department proposes the Ministry Inspector to consider and sanction in accordance with regulations.