Buy online, two months have not received the goods 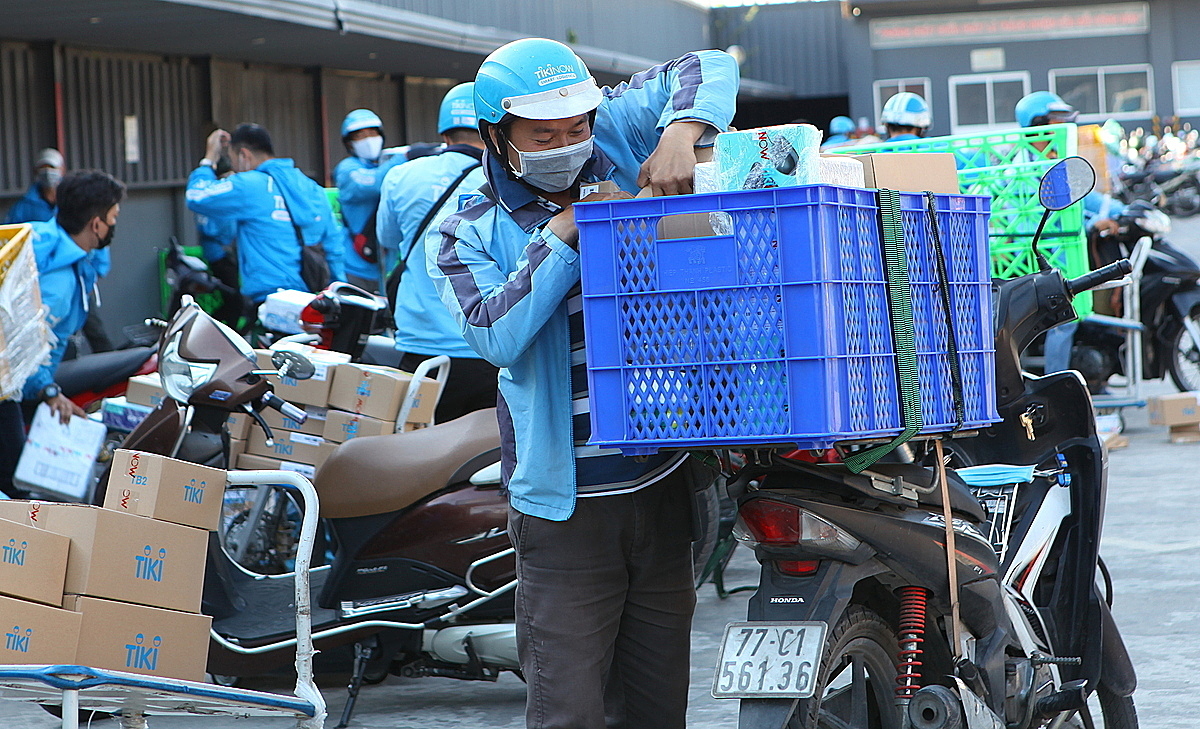 Ho Chi Minh CityDistance, online orders are large, many customers who buy online for 2 months have not received goods, those who have recently ordered are also scheduled to deliver a whole month.

Ms. Hoa, in Go Vap district, ordered on the Tiki combo system of 10 pants for babies from the beginning of July, but 2 months have passed and have not seen the goods.

“I counted on canceling the order, but because the floor announced that the goods were on the way, I couldn’t cancel. I’ve never bought an online product that took so long to receive,” Ms. Hoa said.

Before that, Ho Chi Minh City social distancing and did not allow shippers to operate inter-districts. But since the beginning of September, this team has been active again, but Ms. Hoa said that the order has not been delivered yet.

Also ordered 3 orders on this system since mid-August, Ms. Thoa in District 8 said “fever” because she has not seen any movement from this system.

“The first 2 orders I ordered are cosmetics, the other one is a musical instrument, but I have not seen this floor announce a specific delivery date. If they do not deliver by the end of this month, I will send a notice to cancel the order to receive a refund. buy elsewhere,” said Ms. Thoa.

Ordered 2 orders including kitchen tools and children’s clothes for nearly 2 months, Ms. Hanh in Binh Tan was confused as to whether the order had been forgotten by Sendo. When she checked the order again, she received a notice that because of the epidemic, the floor was still unable to deliver immediately. The floor said that it is in the process of shipping, it may take about 15-20 days to receive the goods.

“I will only wait for more this month, but if I move to a new month, I won’t receive the goods anymore if they send them,” Hanh confided.

Not only orders placed at the time of Ho Chi Minh City’s distance, but from September 15 to now, many e-commerce platforms for customers to order (non-food) cannot be delivered immediately, but more than a month later.

Mr. Hoang, from District 3, said he had ordered books from Young Publishing House on the Tiki system on September 17 and was confirmed to be available a day later. However, the system announced that it would not be until October 20 that Mr. Hoang could receive it, which means he had to wait 34 days.

“To have books to read, it is a waste of time to wait for such a long time. Meanwhile, the shipper has been delivered to inter-districts. I will cancel the order if I can order a floor with faster delivery”, Mr. Hoang said.

According to him, if some items cannot be delivered, exchanges should not resell products on their markets to avoid losing more waiting time.

Not only Mr. Hoang, but also a series of customers who ordered on Lazada, Tiki, and Sendo systems to buy mooncakes were also scheduled to deliver from 14-24 days. Some orders even have an appointment on October 4 to receive them.

Acknowledging that the epidemic is causing a large backlog of online orders, many e-commerce platforms said that the staff for order placement activities decreased sharply. Meanwhile, the inter-district shipper team is low, so it is not possible to deliver goods quickly to customers because the old order is too large.

According to data Mr. Nguyen Nguyen Phuong, Deputy Director of Ho Chi Minh City Department of Industry and Trade announced, up to now, the number of shippers registered for operation of 33 units is 160,000 people but the actual operation is only about 20,000 people, down 8 times. . According to Mr. Phuong, this amount is too low compared to the needs of the people. Meanwhile, many business activities are reopened, causing orders to increase, making delivery activities to people slow down.

Reply VnExpress, Tiki’s representative said that the actual delivery situation is still facing many difficulties due to limitations in delivery areas, priority goods types and the number of registered shippers. Besides, the fact that the delivery partners have not fully recovered has also affected the delivery speed of Tiki.

Tiki has gradually expanded the scope of delivery, urging delivery partners. A representative of this company said, if the customer cannot receive the goods, they can choose to cancel the order directly on the application or website, or send a cancellation notice. Tiki will update cancellation and 100% refund.