‘Breaking the ball’ of the original work, Will provoking your wife to ‘annoy’ the audience? 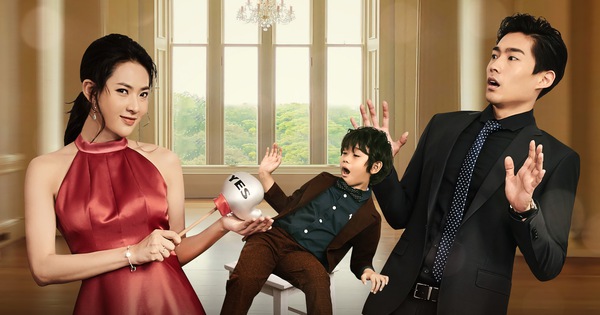 Writing online stories, which are foreign stories, is easy and free to build in attractive stories, characters and dramatic details. Writers can fly to the end, and scale to the point of unrealistic. But when it is transformed into a TV series, in addition to the strict censorship of sensitive scenes, sexy, violence, cultural elements, fine customs …, the financial conditions for a TV project in Vietnam is not high, will also cause great obstacles in the process of making the film.

Fake interest, especially young people because this movie is adapted from famous love language work CLearning that my wife loves to buy 1 get 1 free by the author Quan Kwok Huu Yeu (China).

In Vietnam, according to data from Waka.vn – the website that owns the copyright of stories: the number of online readers is more than 6 million and is in the top of the most read love stories in 2017.

So when watching movies, or clips excerpts from some people who love stories have compared the two genres: “Oh my God, the main actor is not as imagined”, “Break the original ball too” …

Another group is softer: “Films like that are fine”, “I think the movie can’t be as good as the original story” …

Episode 1 of the new series only introduces the characters, in which, the highlight is the relationship between Nha Dan – a beautiful young actress, who suffered from many disadvantages since childhood with the autistic little Gia Bao Saying that in the dark warehouse opened up a troubled relationship between her and the cold and handsome president Gia Bach – Gia Bao’s father …

The title song If it was destiny Through the performance of the cute singer Hoang Yen Chibi and the pretty scene is a plus point of this movie. 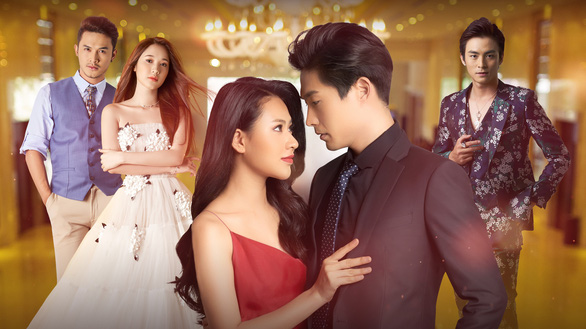 However, the most noticeable downside in episode 1 is that the voice-over movie lacks emotion in the lines. In particular, Korean actor Kenny Koo plays the role of the genius Gia Bach because he does not know Vietnamese, so the lines do not match his mouth, sometimes the acting is hard …

Explaining the invitation of a Korean actor to the film, young director Nguyen Duc Nhat Thanh said it was not because of the promotion of the film but because of the role match:

“After a period of casting, but I still could not find the male lead, then Kenny was nominated. I cast Kenny online, sent him specific requests, then Kenny auditioned and filmed. After a few clips. I feel like I’ve found someone I like. “ 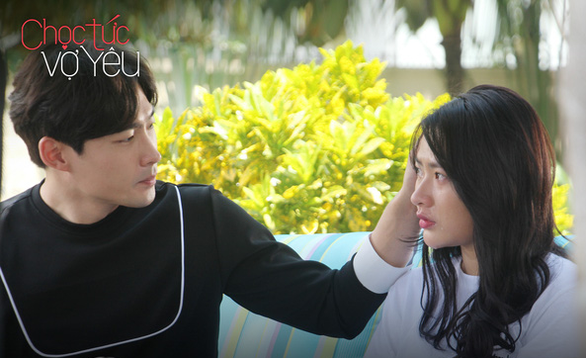 In response to the audience’s criticism about the film, the director said: “With some of you building your own image of the original character in the story, they will react negatively to any actor. do not embody their favorite character, because not as they imagined.

Even in the homeland of the series, when it first surfaced that the story would be adapted was still opposed. But I have great faith in Kenny Koo and Minh Trang (as Nha Dan). They have been trying hard, focused, persistent day by day with their roles on set … “ 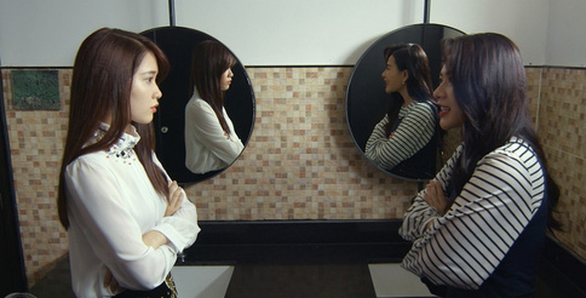 He also emphasized that: “I hope the film conveys the essence of literary work: a thrilling love story, a strange romance.

The main line in the story will be kept intact, but will have to cut a few extra story lines, and adjust, add or remove many other elements to suit Vietnamese culture and the actual scale of a TV series in Vietnam “.

Angry wife love is being broadcast on Vie Channel HTV2, VICE GIRL, application of VieON and ClipTV from 7-10.

Currently the film is doing part 1 of 25 episodes (each episode is about 20-30 minutes). As expected, the film needs at least 5 parts to be able to go through the story.