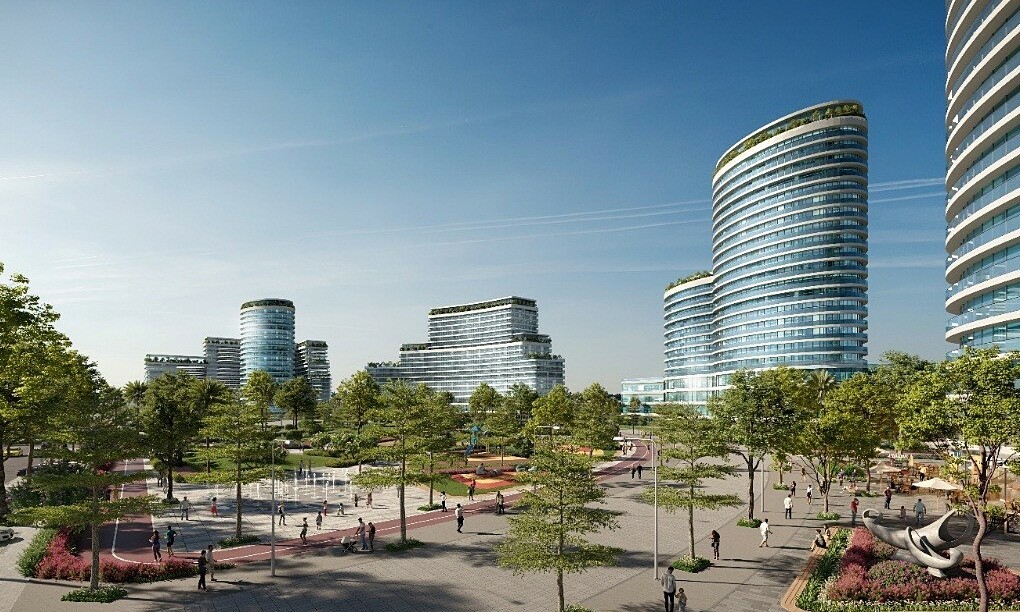 Can ThoBinh Thuy district receives a strong investment in infrastructure, urban embellishment, creating momentum for real estate development, and improving the quality of life of residents.

Ninh Kieu District is known as the central district of Can Tho city with the development of commerce and services, Cai Rang district is located in the Southeast with the strength of tourism development and orientation to become a tourism center. Ecological calendar of the city. Meanwhile, Binh Thuy district, as the gateway to connect important trade both in terms of road, waterway and air, has its own unique advantages and potential for development.

Binh Thuy district has Can Tho international airport, one of eight airports with international routes nationwide. In 2019 alone, the locality welcomed more than 8.8 million visitors from all over the world. If in the past, international tourists wishing to visit the Mekong Delta had to land at Tan Son Nhat Airport (Ho Chi Minh City) to continue traveling, then with an international flight, Can Tho is expected to plays an important role as an important airport gateway for the southwestern region, contributing to the socio-economic development of Can Tho in particular and the region in general.

Hoang Dieu port located in Binh Thuy district is one of the two largest ports of Can Tho and of the Mekong River Delta with complete investment in infrastructure. This is a place connecting with the major commodity production centers, industrial parks, and major consumer centers of the region through the waterway system and to the national key import-export ports through national highways and Mekong River.

In terms of transport infrastructure, Binh Thuy has roads Vo Van Kiet, National Road 91, Highway 91B, Provincial Road 917, 918. These are arterial traffic axes to serve the needs of the population and contribute to the development of Can Tho economy. In addition, the locality has 7 national-level historical monuments and one city-level historic site, possessing great potentials for tourism development.

Binh Thuy District is also home to many urban and urban projects near the airport. According to real estate experts, the airport will have a strong impact on the development of the local economic market, and the infrastructure around the airport area will also be strongly invested and formed. civilized urban area, contributing to increase real estate value in areas around the airport. This development is similar to the area near airport projects such as Cam Ranh airport, Phu Quoc, Van Don, the project of Long Thanh international airport …

Once put into operation, urban projects in Binh Thuy District will promise to contribute to accelerating the urbanization process of the district in particular and Can Tho city in general, creating a modern living environment for residents. One of the prominent urban projects attracting investment today is Stella Mega City, just over three minutes from Can Tho International Airport.

Stella Mega City has a scale of 150 hectares with a total investment of VND 10,000 billion, well-planned with many functional subdivisions and high-class utility chains such as commercial centers, sports complexes, event centers. , restaurants, hotels of international standards.

With existing advantages along with methodical development, diversified transportation system, Binh Thuy will become an attractive investment destination for many domestic and foreign investors in the near future.