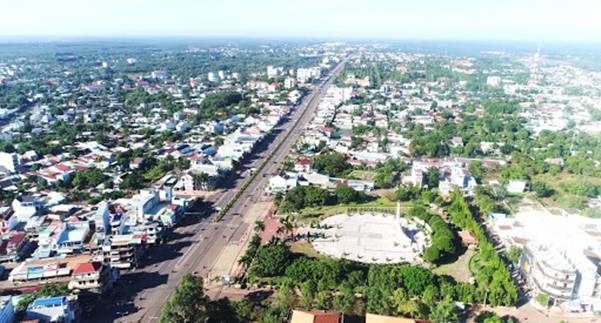 In particular, in terms of infrastructure, road projects are constantly being invested to expand, offering innovation opportunities.

According to many experts, although Binh Phuoc has a starting point that is not equal to that of neighboring provinces, with positive changes in all aspects from infrastructure, transport connections, policy mechanisms … awakening the potential for development of Binh Phuoc in recent years.

In 2021, the approved Vanh Dai road project will bring significant advantages for Binh Phuoc. After completion, Ho Chi Minh route will connect Binh Phuoc with other key provinces such as the Central Highlands and Southeast provinces. This is a great step forward not only meeting the needs of mobility but also opening up great development for trade and trade, and socio-economic upgrade.

To break through, Binh Phuoc province has made changes in the investment incentive mechanism to attract capital. Investors enjoying preferential policies have the opportunity to enjoy tax exemption, support for advertising, trade promotion, cheap land lease … The province’s open and favorable policies also facilitate the Investors intend to pour capital into this area.

By 2020, the wave of investment in Binh Phuoc will continue to increase strongly, thanks to the province continuously improving its policy of attracting investment, doing well in epidemic prevention and fighting and providing sufficient human resources for businesses.

At the investment promotion conference held at the end of 2020, the People’s Committee of Binh Phuoc province awarded investment policy decisions, investment registration certificates to 35 enterprises implementing 46 projects that have been investing in the area. table with a total registered capital equivalent to 2 billion USD.

Compared with busy industrial cities, Dong Xoai city has many potentials that have not been fully explored. The urban picture is gradually being completed, opening up many investment opportunities.

Dong Xoai is considered a rare case located in the vicinity of Ho Chi Minh City, but many downtown areas are priced from 6 million / m2.

The attractive price, benefiting from the outstanding economic development, especially industry, the development of infrastructure … has created an attraction for Dong Xoai real estate market. From 2017 to now, the real estate market of Dong Xoai in particular and Binh Phuoc province in general has attracted a large number of large investors to invest.