Being crowned on the stage, Miss International Lady Sri Lanka 2021 walked and cried 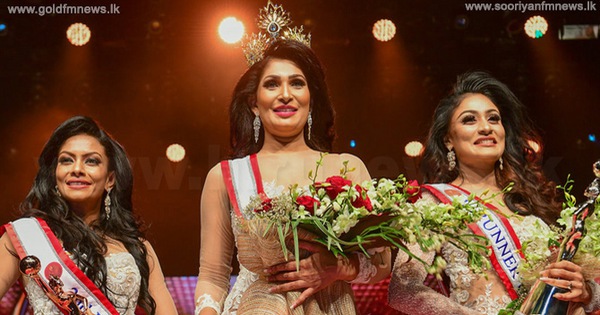 The new Miss Lady Sri Lanka suffered many warmth, was stripped of the crown on stage, received the crown in silence – Photo: Hirunews.lk

According to the newsfirst.lk, The Miss Sri Lanka International Lady Contest on 4-4 ended in a dramatic chaos between two beautiful beauties, the current Miss and the New Miss.

According to the video of the contest, contestant Pushpika De Silva, number 20, is announced as the winner and is crowned by a member of the organizing committee. Just as Miss Pushpika De Silva was about to take the center stage of the celebration stage, Miss Caroline Jurie, Miss Lady 2019, causing commotion.

Miss Caroline Jurie won the crown of the new beauty queen, though the beauty protested and give it back to Asia After 1 of the contest. 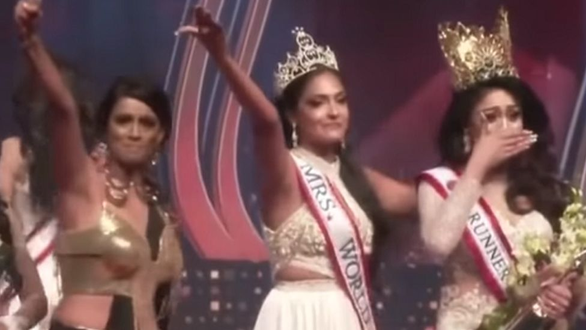 The video photo shows Miss Caroline Jurie, Miss Lady 2019, crowned runner-up 1 in the amazement of everyone.

Caroline denounce that the new Miss is divorced, according to the provisions of the contest, the divorced person is not recognized as Miss.

The new Miss Lady Pushpika De Silva had to leave the stage, crying while walking.

Through her personal Facebook, Pushpika De Silva confirmed that she did not violate the rules of the contest because she was newly separated, but not divorced. She also confirmed that she would take legal action after being treated unfairly and offended on stage.

The organizers of the contest Miss Lady Sri Lanka later confirmed that the beauty did not violate the rules because she had never been divorced, and gave her the crown.