Become a billionaire thanks to a spelling correction app 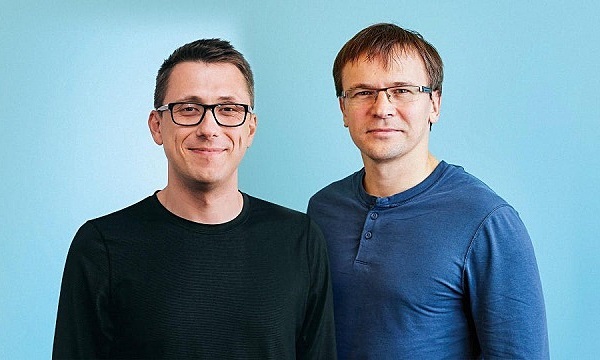 Max Lytvyn and Alex Shevchenko, two co-founders of Grammarly, each have a net worth of at least $4 billion.

The recent $200 million raise not only raises the valuation of grammar and spelling checker company Grammarly to $13 billion, but also makes co-founders Max Lytvyn and Alex Shevchenko a billionaire.

As estimated by Forbes, two Ukrainian-born entrepreneurs, started in 2009 with a grammar checker product with the help of programmer Dmytro Lider, have a fortune of at least $4 billion each through this funding round.

Investors involved in Grammarly’s two funding rounds in 2019 and 2021 now own about 22% of the company, according to Pitchbook data. Meanwhile, Lider, the third co-founder, holds only 1% of the shares. As a result, Lytvyn and Shevchenko each hold about 35% of the company’s shares. After deducting the discount for private companies, the 70% stake is worth about $8 billion. A source close to the business confirmed these numbers to Forbes.

Although disagreeing with the estimate of Forbes, Grammarly did not provide any evidence to support a different valuation. “Grammarly is a privately held company and we do not disclose data or information on the distribution of company ownership,” Senka Hadzimuratovic, head of corporate communications, said in an email.

San Francisco-based Grammarly was founded more than a decade ago as Sentenceworks, providing tools to help students correct spelling and grammar mistakes. Since then, businesses have gradually developed more artificial intelligence-based grammar checking tools to eliminate errors in emails, documents, and more. The company released spin-offs like Grammarly for Business, a version of its grammar checker used by businesses, and sold to big-name customers like Zoom, Cisco, Dell, and Expedia.

Grammary’s key products are popularized on a freemium model (users can use the product for free but have to spend extra money to get additional values ​​like extra data storage, access to all content. content…) as of 2015, with the option to purchase upgraded versions for $12-30 a month. Brad Hoover, CEO of Grammarly in an interview with Fast Company in 2019, said that the success of this application comes from “word of mouth”.

Today, the company claims to reach 30 million people every day through its operations across 500,000 apps and websites, including email, web browsers, social media, and Microsoft Word.

Grammary isn’t the only company that Lytvyn and Shevchenko started together. The two met while studying at the International Christian University in Ukraine. Their original idea was MyDropBox, software to help prevent plagiarism in student essays.

Their goals may sound lofty, but there are some questions about Lyvtyn and Shevchenko’s early business motivations when the online service they launched to help professors check essays and websites. specializes in selling end-of-term essays to students suspected of being linked.

At the time, both claimed to have been hired to develop a website that provided references, while denying any connection between the two. Shevchenko in a statement emphasized, never sold any material uploaded to his service.

The scandal was gradually forgotten when Lytvyn and Shevchenko moved to the US and Canada respectively to earn MBAs at Vanderbilt University and the University of Toronto. Then, they realized their vision of MyDropBox, which was later acquired by Blackboard – an educational technology company. Forbes It appears that one or both of these co-founders are still living in Vancouver and it is not clear if they have acquired US or Canadian citizenship. Grammarly has offices in San Francisco, Vancouver and Kyiv, Ukraine.

In its previous funding round, Grammarly raised $90 million from investors at a valuation of $1 billion in October 2019. The round was led by General Catalyst, with participation from IVP and several others. The latest inflows have come from new investors including Baillie Gifford and BlackRock, the Grammarly CEO revealed in a blog post.

Duc Minh (According to Forbes)