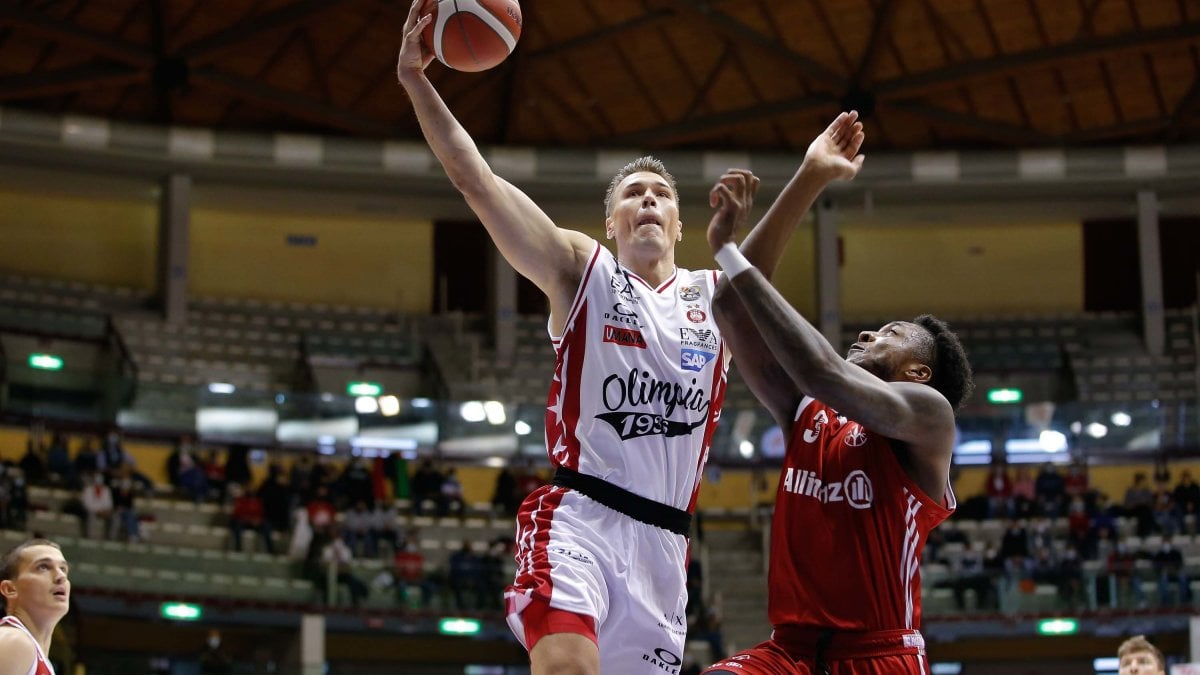 ROME – Third day of Serie A basketball, always in the name of Milan. After having crushed Reggio Emila and Treviso, Olimpia breaks Trieste 87-65 and flies to the top of the standings in complete solitude. Sassari gets up and passes on the Virtus Roma field and catches second place, as does Brindisi who spreads Reggio Emilia at home. First win of the season for Brescia at Treviso, while the thud between the friendly walls of Venice against Pesaro was sensational.

Show of strength of Olimpia

At the Allianz Dome, Milan crushes the hosts despite the absences of Micov and Punter. Aix Armani takes over the reins of the match from the very first stages of the match with a wild Datome in the first quarter. Its the 7 stitches in a row that create the groove (12-26). Before the break, Milan scores another set, this time 10-0, and tries to close the game by flying to 18-39. Trieste, however, is not dead. The hosts raise the wall in defense and the Milanese no longer go to the basket. Fernandez and Laquintana drop a 15-2 break and reopen the challenge: we go to rest with Trieste just 9 points down (36-45). When he returns to the field, however, it’s another Milan. Brooks and Shileds sign +17, a gap that stretches before the end of the third period with the guests reaching +24. The last quarter is pure academy, a long garbage time that gives Olimpia the solitary top of the standings.

External victories for Sassari and Brindisi

After last Sunday’s defeat at home against Trieste, Dinamo Sassari overwhelms Virtus Roma 95-85 with the result that does not tell the true gap between the two teams. The Sardinian team archives the Capitoline practice already in the first half, a +21 (23-44) which forces the hosts to raise the white flag prematurely. Upon returning from the locker rooms it rains in the wet at Virtus with Gerald Robinson’s injury. In the final, Sassari controls the return of Rome by responding blow for blow to every comeback attempt. External success also for Brindisi who conquers Reggio Emila 80-76 at the end of a very tight match played point to point. The Happy Casa manages to take off in the third quarter with Thompson signing the first double-digit lead and then closing the fourth at 62-54. Reggio reacts in the last 10 ‘, but Brindisi is good at managing the advantage by responding with Thompson and Harrison until the final +4.

An amazing Filipovity, author of 23 points, drags Pesaro to the PalaTaliercio in Venice where Reyer inexplicably collapses 72-90. The VL packs the victory in the second half with the Hungarian and with Massenat (22 points) when to the sound of triple stretches on the hosts closing the third set on +9 (55-64). In the last quarter the guests touch the double-digit advantage and keep it until the end reaching the maximum advantage of +20. First success of the season, however, for Brescia who wins at the PalaVerde in Treviso 94-87. The game was starting again badly for the Lioness who, after having been in the lead for a long time, risked getting back in the final. De Longhi, in fact, managed to mend a tear of 14 lengths thanks to Logan, Carroll and Akele, but failed in the decisive moment of the match with Brescia, good at keeping the hosts at a safe distance.

A bitter derby for Varese that sees via Milan run away. Cantù goes to Enerxenia Arena 80-90 even without Jaime Smith. The canturino point guard in the afternoon tested positive for coronavirus along with 4 other staff members. The Acqua San Bernardo takes a while to recover from the news and Varese takes advantage of it by closing the first quarter ahead of 6 (29-23). The guests, however, are not there, they react and on 16 ‘they take the lead for the first time (34-35). At the long interval it is perfect parity: 44-44. The second half is a continuous battle with the teams alternating in command, then Thomas takes the chair (21 points) and Cantù takes off (+9 at 37 ‘, 71-80). The attempt to re-enter the OpenJobMetis was useless, Cantù replied continuously and rose to 4 points in the standings.