Basketball, Serie A: Cremona shot at Virtus, the first victory for Fortitudo 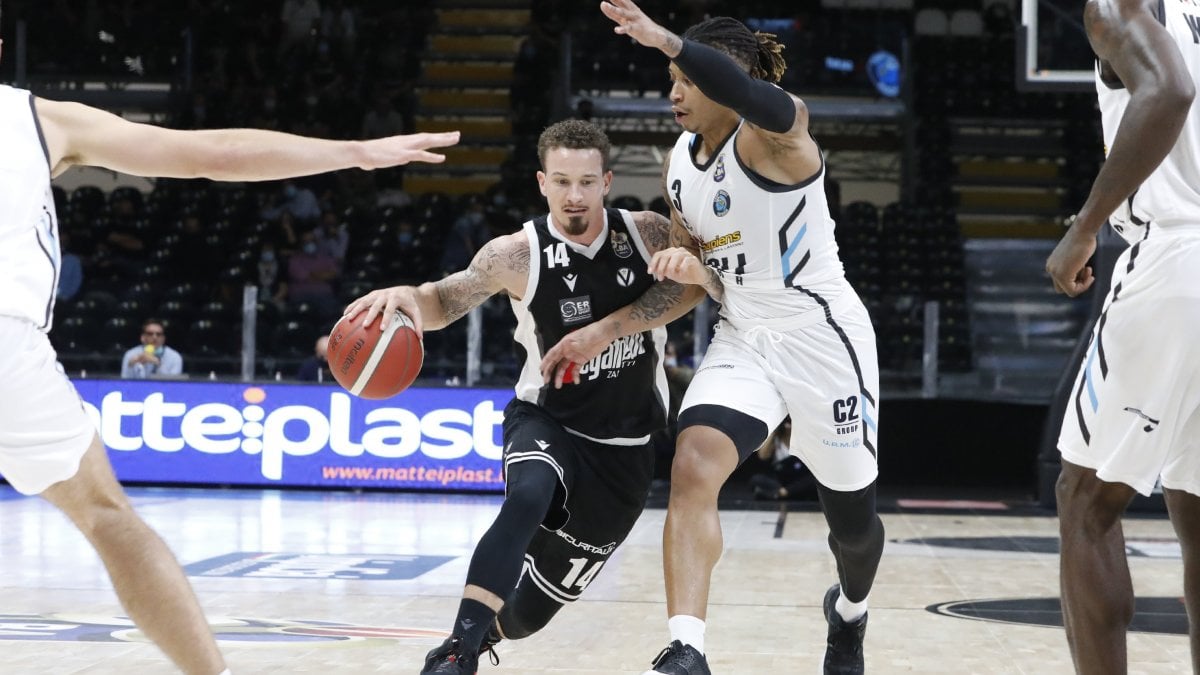 ROME – Bologna for one evening the capital of Italian basketball as the two advances of the third day of Serie A were played under the Two Towers. However, only Fortitudo Lavoropiù smiles, which hits the first victory of the season by winning 93-70 over the Dolomites Energy Trentino with 21 points from Fantinelli, top scorer of the evening. Home slide instead, at Segafredo Arena, for Virtus, who surrendered in the sprint to Vanoli Cremona (95-92 the score) dragged by the 51 points overall of the Poeta-Hommes duo, while at the Black Vu the 22 of Teodosic are not enough to avoid the first setback.

At the Unipol Arena, a game to forget for Trento, which after the success against Promitheas in the EuroCup must collect the third defeat in as many championship games, thus remaining at the post. Fortitudo Lavoropiù, on the other hand, clears the zero, dominating the match led by an almost perfect performance by Fantinelli, author of 21 points with 5/5 of two, 3/3 of three, 2/3 of free throws, 5 rebounds, 2 assists and 2 recoveries in 30 minutes. Sacchetti’s men dictated the law (scoring 80 points in the first three quarters of the game), so as to seize the first success of the season with the return of Banks too, at 15 after 40 ‘(18 for Aradori). At the Aquila, which only in the last period with the result now foregone has shown signs of awakening, Maye’s 17 are not enough.

Virtus knocked out at home with Cremona

The most unexpected result comes from the Segafredo Arena where Vanoli finds their first win of the season. A well-deserved surprise shot, that of Cremona, thanks to the constant management throughout the entire race, questioned only by the vehemence of Virtus in the final. Galbiati’s team with heavy shooting (17/33 from 3) and offensive rebounds (17) dominated the game, taking advantage of the uncertainties and evident fatigue of Bologna. The maximum advantage of 21 points comes at the end of the third quarter, before the desperate reaction of Virtus. A comeback that remains unfinished, however, given that the bianconeri stop at a distance of possession, without finding the decisive paw for a success that would not have been deserved. The Lombards enjoy the couple Poeta-Hommes, authors respectively of 28 and 23 points, with the former playmaker of the day who finds seven triples in his race, one more incredible than the other in terms of difficulty and shooting distance. For Bologna only Nikolic is saved, on the field as a protagonist in the moment of the comeback, which makes the idea of ​​the evening of the owners of Djordjevic’s team.