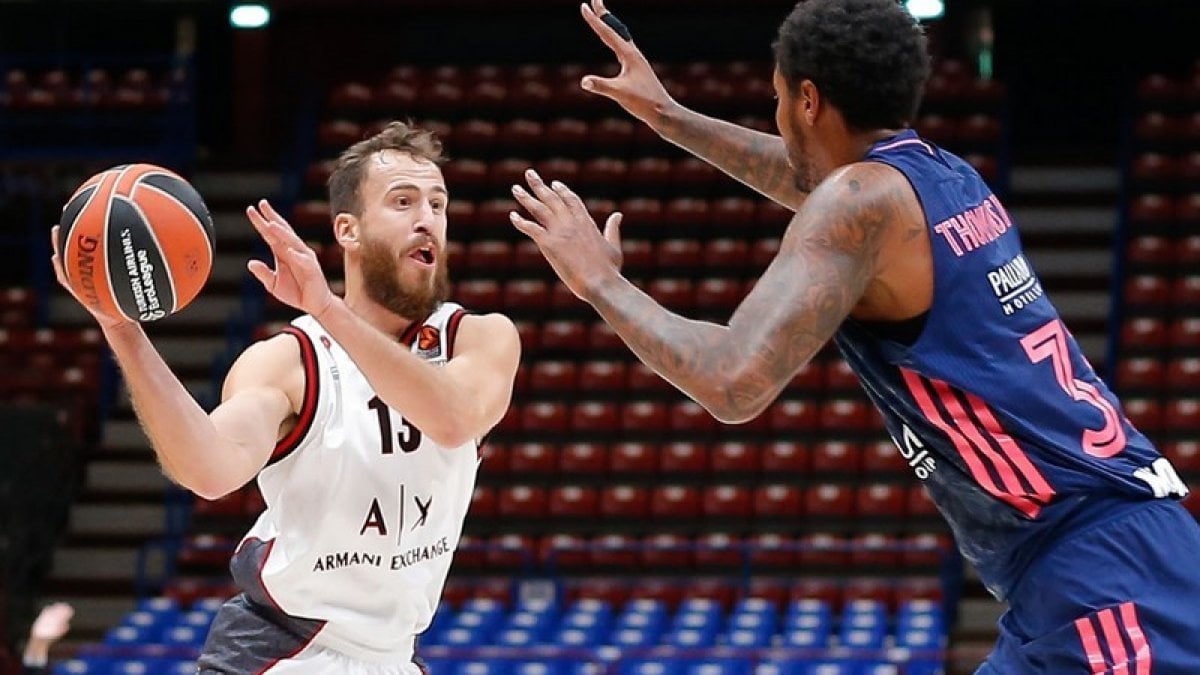 MILAN – Taboos, like records, are meant to be dispelled. After 11 years and 14 consecutive defeats, Milan returns to beat Real Madrid. It ends 78-70 for Olimpia who thus redeems the first seasonal knockout of two days ago at Olympiacos and returns to the top areas of the Euroleague standings. Mvp the great ex Sergio Rodriguez, author of 25 points and 7 assists, on the other hand Llull is not enough, who has exceeded three thousand points in his career.

The beginning is a nightmare for Olimpia who suffer the “bombs” from the distance of Real: Abalde scores three consecutive, then comes Llull who was missing just three points to reach 3000 in his career. It rains in the wet for Milan who loses Delaney due to injury, with a sore ankle. The hosts score just 10 points in the first quarter and the music does not change in the second, when the Blancos reach the maximum advantage at 40-28 with Tavares’ tap-ìn on Lavrittola’s assist. Rodriguez’s triple on the siren before the long interval (31-42) gives a modicum of morale to the Messina team.

And in fact the Olimpia who returns to the court after the break is another team. The defense takes measures to the madrinista attack who scores just 13 points in the third quarter, Rodriguez with a double triple signs the first advantage Milan (50-49), even if at the end of the period they are still the guests with the nose ahead (55- 54). The last quarter however begins with a super partial 12-2 of Olimpia where an unleashed Datome, up until then a supporting actor, takes the chair. At Real the nerves are jumped with a coach Laso coach. Shields and the wild Rodriguez no longer miss a shot, but Llull and Campasso’s triples and Deck’s dunk put Madrid back in the game (66-65). Here, however, comes the decisive draw in Milan with the triple from Shields and Moraschini: it is the definitive blow for the Spanish team, which probably thought it had already won at the interval. The final gloss is still the “Chacho”, impeccable from the line with 8/8, for 78-70. Olimpia thus redeems itself after Wednesday’s defeat at Olympiacos and finds its third victory in 4 Euroleague games. Next Thursday the away match at Zenit is scheduled, a commitment not to be underestimated considering that the Russians have beaten Efes and Barcelona so far. To evaluate the conditions of Delaney, who left after a few minutes for an ankle problem that seems serious. In the meantime, however, the Real taboo has been dispelled.

” It was a great victory, a great comeback, we started shy, a bit unsure and then the loss of Malcolm Delaney after a few minutes increased the pressure. In the second half the lads were fantastic, all the credit goes to them, they must feel proud of what they did. ” Ettore Messina honors his boys after the excellent success against Real Madrid, after 14 defeats against the Spaniards. ” In the first half we defended well inside, but we were a bit slow to recover from the shooters, while in the second half we were quicker. Shields did well. Delaney? It seems like a bad distortion, I don’t know what to think, we are waiting for the exams tomorrow. Of course if I think that we are without three of the titular theorists ”.