Baggio and the Panda, the normality of the otherworldly champion 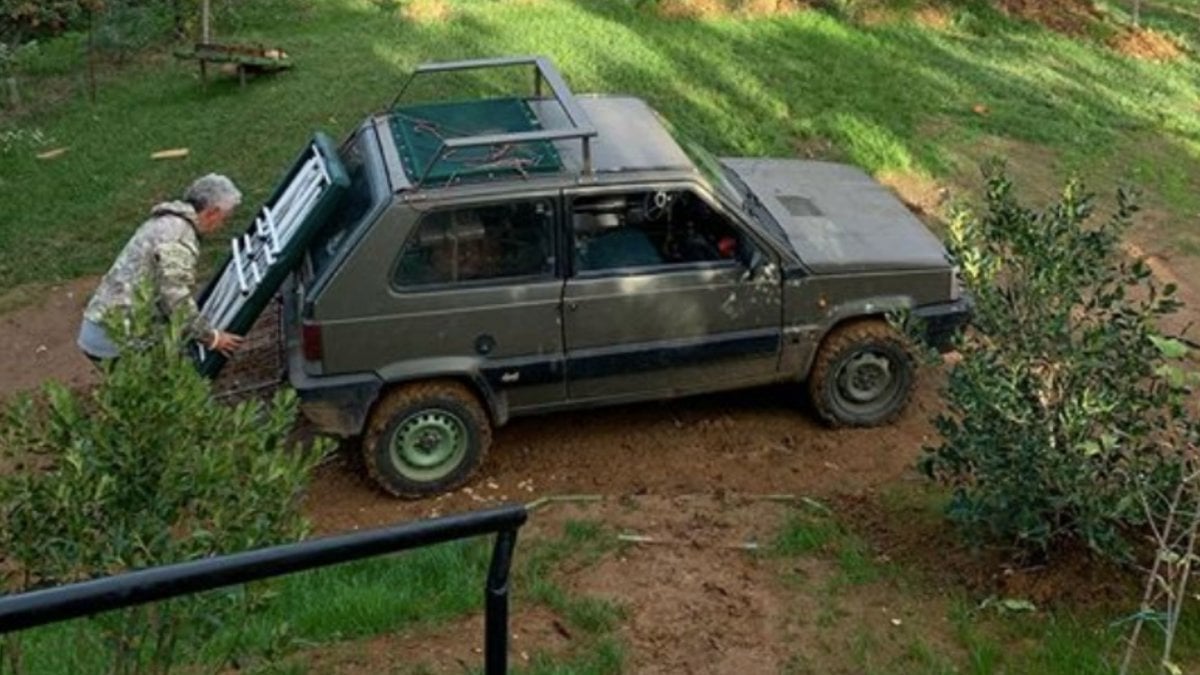 A totem pole and an icon met in the countryside. And it was enough to add a photo on Instagram (the children are there for this) for the meeting to become viral, and indeed totemic, and iconic.
The totem is Roberto Baggio, an immense sample that has evaporated for twenty years in a magnificent distance all its own. The icon is the Panda, the “pandino”. The daughter is called Valentina, and a few days ago she photographed the Divin Codino intent on loading the no less Divin Pandino. And that’s how the couple got around the web. Baggio and Panda like Baggio and Schillaci, but instead of a magical night here there is an afternoon, or perhaps a morning, of quiet normality.

As always, the true strength of an image depends on what it suggests as well as what it shows. In the case of Baggio, his military green utility car tells us about a scene that is everyday in the Veneto countryside, but which in the world of modern football pop art seems almost surreal. As if we saw Cristiano Ronaldo paying the electricity bill at the post office, or Messi with shopping bags. The normality of the otherworldly champion (Roberto Baggio was this, for the unfortunate few who never met him) declined in the opposite way to what we are used to seeing, or rather not seeing, sports stars, that is, as if the god were one our. Because in this image it really is.

And then there is the rarity of the shot, since Baggio has become a kind of Salinger, of Mina, of Lucio Battisti, he doesn’t show himself around, he doesn’t argue in talkshows, he doesn’t pretend to have something to say, he doesn’t try hosted for a fee, he is not a hustler, he is not a face of advertising, he has not become a television “talent”, he is not the second voice in the commentary, he has not improvised as a coach, manager, columnist. He collaborated for a while with the Football Association, then decided it wasn’t what. And he simply came back into life, or maybe he never got out of it.

Baggio the Buddhist, Baggio in his enclave of Caldogno, province of Vicenza, Baggio the hunter and Baggio a little peasant. A legend who wants to make his own business without imposing them on anyone. One who does not live by that reflected light, sometimes so sad, of who was everything and is forced to bring flowers in front of his tombstone, as if a former champion could only be a kind of dead in life, priest of a melancholy rite: the elevation to the altars of oneself. But no, there is another possible answer. Not to have been, but to be. And load grapes into the trunk, a pair of boots, potatoes, a bike, not the dull memory of the past.