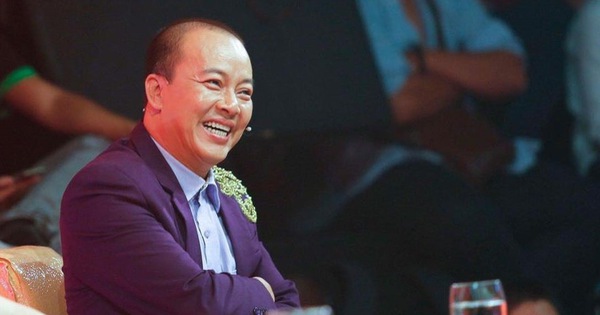 On the morning of June 9, Saigon College of Culture, Arts, and Tourism announced the decision to dismiss Master Tran Duc Hai from the position of vice principal.

The decision clearly states that considering the school’s work needs, now dismissing the position of vice principal with Meritorious Artist, Master Tran Duc Hai. Mr. Tran Duc Hai is responsible for handing over the work during the time of holding the position of vice principal according to the regulations of the school. The decision takes effect on the date of signing.

The school said:On June 2, 2021, our school received a lot of information including your content and pictures about the statement of Meritorious Artist Duc Hai, as well as the attention of the school’s handling form. On June 3, our school sent a notice to the press agency to answer a number of related issues.

Mr. Duc Hai also provided blackmail messages sent to him. Mr. Duc Hai announced that he has now asked the police agency to verify, investigate and support his protection. This incident was reported by the press and the community was informed.

Before the long story and many unclear details related to the artist Duc Hai and affecting the image of the school, the management board of the Saigon College of Culture, Arts, and Tourism decided to officially exempt the school. assume the position of vice-principal of the school for meritorious artist and master Tran Duc Hai according to Decision No. 60-21/QD-CDSG dated June 9, 2021.

Accordingly, artist Duc Hai temporarily stopped all work and duties at the unit and handed over the work according to the regulations of the school,” the statement said.

Exchange with Youth Online On the afternoon of June 3, artist Duc Hai said he had contacted the Department of Cybersecurity and high-tech crime prevention to clarify this incident.

“My Facebook account was hacked, but I didn’t write this content. They impersonated me to write articles, comment on all kinds of things, and then take pictures of those comments as evidence. So many of my Facebook readers are believe me write and reply on it.

Then they even sent bomb letters asking me to transfer money into my account. I currently have enough evidence to work with the police. Seeing that my friends and people kept talking about this case, I went to Facebook to see it, but I still can’t log in,” said artist Duc Hai.

Later, Artist Duc Hai said that his Facebook was not hacked (as he initially shared), but was “played by his adopted son”.

According to artist Duc Hai, after he filed a report with the police, his adopted son admitted to causing the incident and apologized. Adopted son Duc Hai confessed that he did not think causing such unfortunate consequences as the present.

In addition, artist Duc Hai also informed that he received many messages with threatening and blackmail content on social networks and provided evidence to the police for handling.