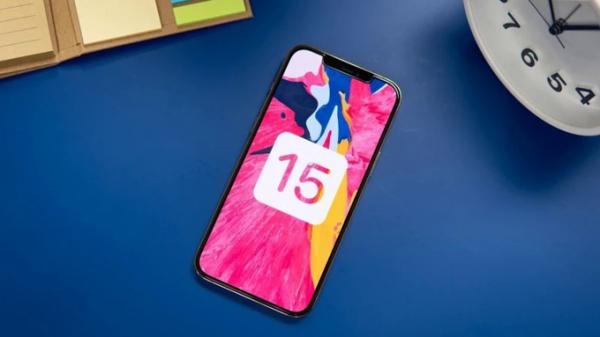 At WWDC 2021, Apple introduces a new version of the platform for iPhone, iPad and Mac with many feature upgrades and performance improvements.

Similar to iOS 14 released last year, which prioritized improvements to utilities and application libraries, iOS 15 does not have many breakthrough upgrades. Instead, Apple focuses on refining notifications to help users better experience as well as ensure privacy.

As of iOS 15, the appearance of notifications will have some changes. Users will now see a small image appear before each on-screen message. This makes it easy for users to know which notifications are important or not, with just a glance.

Apple also introduced a new feature called Notification Summary. This is where all unnecessary notifications are grouped so that users can view them later, avoiding distractions. Important notifications are still displayed on the screen in real time, helping users not to miss.

Users can also set different notification settings for each context, such as when driving, working, sleeping or creating a new favorite item through the Focus feature. In addition, in Do Not Disturb mode, users can still select some important apps or people to receive notifications.

The feature that requires the application to notify what data it collects from the device was available on iOS 14.5, now continues to be improved by Apple. On iOS 15, users are provided with more details, like how often apps use the granted permissions, what external services the apps are communicating with. This way, iPhone users can see if a certain app, such as maps, is really checking their location regularly and sending it to other services.

The Weather app on iOS 15 is more intuitive. Image: Apple.

Three of the featured apps have been completely refreshed by Apple. In particular, the Weather application has a more intuitive and beautiful interface, comes with a series of display wallpapers based on that area’s weather. The map section shows the exact location of where there is sunshine and rainfall, as well as an additional air quality monitoring feature.

The Maps app is primarily an upgrade in 3D graphics, with a more intuitive visualization of major city intersections. However, the upgrade is currently available in certain countries.

Apple has a bunch of big upgrades to FaceTime, including the addition of Spatial Audio that makes it easier to identify who’s talking in a group call by eliminating background noise. The Grid View feature helps organize online video calls similar to Zoom, allowing users to easily see everyone in a call at the same time.

Instead of being limited to iOS, macOS and iPadOS as before, FaceTime will add support for Windows and Android – marking the first time the service has expanded. However, it can only be used with the web platform, there is no separate application.

On the new macOS, Apple mainly focuses on more interoperability between Mac devices and iOS devices. In particular, the Universal Control feature allows sharing Mac keyboard and mouse with iPad instantly. Just by placing the devices close together, users can easily hover over the iPad screen and move files to the Mac. 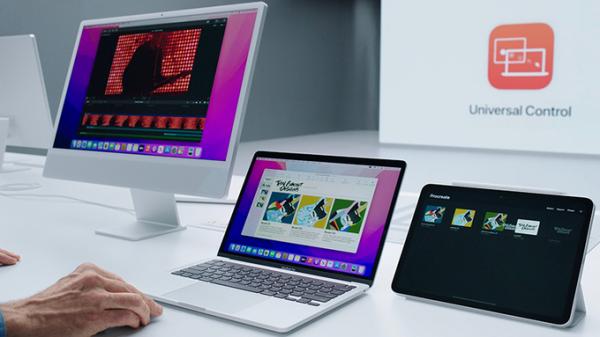 Apple also added the Shortcuts application to macOS, helping users customize and automate operations. Shortcuts on macOS have the ability to sync with iOS and iPadOS, users can share some more convenient shortcuts.

On the new operating system, Safari is also redesigned with a cleaner address bar. This browser also has the feature of grouping Tabs under the same content, making the user experience more convenient and simple.

The latest version of the operating system for iPad is Apple’s priority for multitasking and supports the M1 chip on iPad Pro. In particular, the main screen of iPadOS 15 has been redesigned, allowing users to place widgets in any part of the screen, not just in the Today View column on the left edge as before. In addition, the size of the widgets is also customizable, instead of being limited.

iPadOS 15 also improves multitasking in a more flexible direction. In the Multitasking menu, users can easily split multiple apps into tabs for easy access. With two apps side by side, users can simply swipe down on one to replace it with another. In addition, Apple also added new keyboard shortcuts, allowing users to easily multitask on iPad.

The biggest upgrade on WatchOS 8 is the smarter Photos app. With this feature, users can browse albums and memories more easily, then share right on Apple Watch. 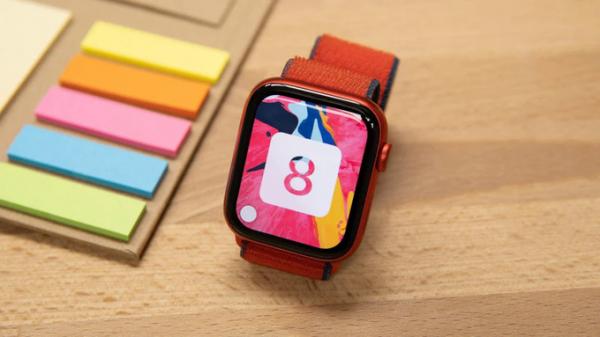 The new WatchOS 8 allows users to use portrait photos taken from an iPhone, combined with text and other information to make a watch face. For message notifications from iMessage or social networks, users can reply with an animated image (GIF).