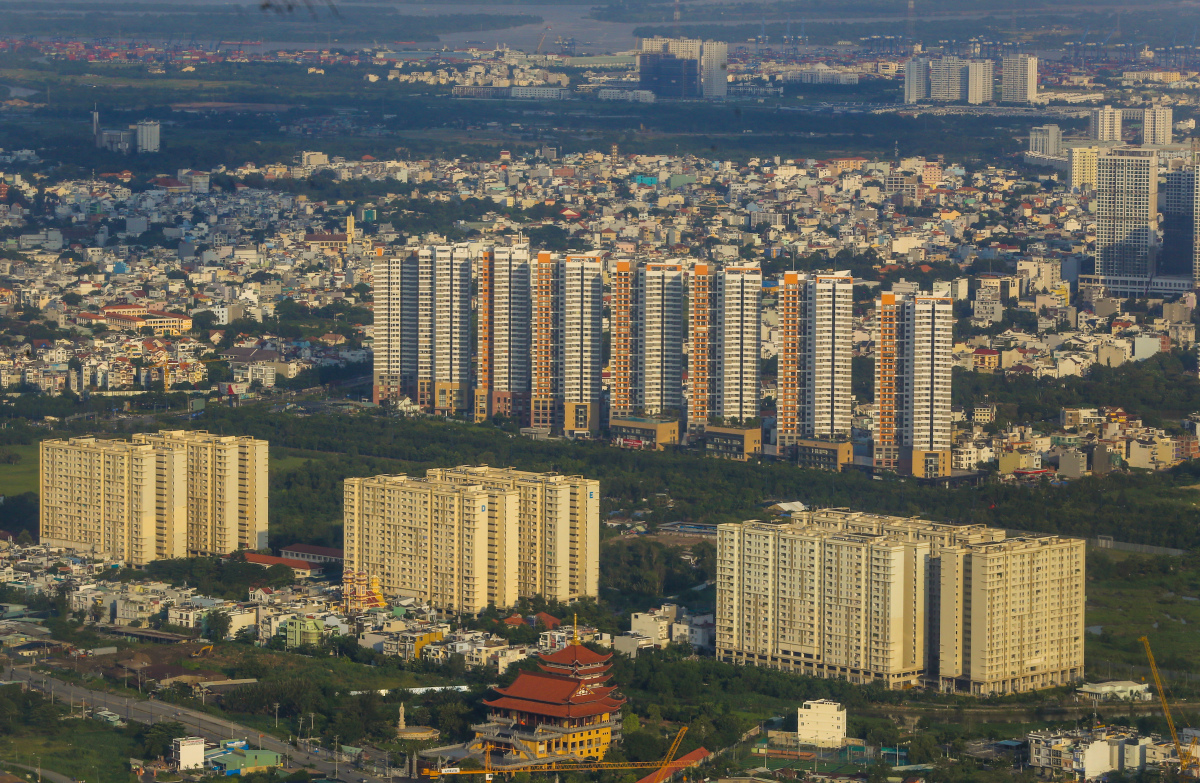 Ho Chi Minh CityApartment prices in An Phu, Thanh My Loi, Thao Dien, Thu Thiem areas reached a ceiling of 75-210 million dong per square meter, an increase of 100-131% over half a decade.

According to the report on the price of high-rise buildings in District 2, recently published by Rever, the rich Thu Thiem street is currently leading in terms of apartment ceilings in the district with the milestone of VND 210 million per square meter. Apartments in An Phu, Thao Dien and Thanh My Loi, respectively, recorded the highest prices at 75-85-95 million VND per square meter. These places all recorded the highest price growth rate, reaching over 100% after 6-7 years, in which Thanh My Loi led with a ceiling increase of up to 131%.

In Thu Thiem, the apartment with the highest selling price is The Opera Residence in phase 3 of The Metropole Thu Thiem project, currently recording the milestone of VND 210 million per square meter, expected to be handed over in 2023. The second is Narra project. Residences in phase 4 of the Empire City super project is currently trading at VND 180 million per square meter. The highest price increase in this rich street is 112-118%, recorded at the Sadora and Sarica projects (both handed over) in Sala urban area.

Compared to the West Street (many foreigners live) of the East, Thao Dien has a ceiling price of 90-95 million VND per square meter, belonging to The Nassim and Thao Dien Green projects, both new apartments. Meanwhile, the highest rate of house price growth in this area fell into the group of old projects: Tropic Garden and Masteri Thao Dien handed over in 2015-2016, price growth of 92-106% respectively.

An Phu ward ranks at the bottom of the group of rich streets in East Saigon, with apartment prices peaking at VND 75 million per m2 (Estella Heights project, handed over in 2018). This is also the project with a price increase of 108%, the highest in An Phu area. Handed over earlier and in the mid-end segment, the Lexington Residence project with a starting price of VND 24 million per square meter has now jumped to VND 50 million per square meter, a 108% increase in price.

While 4 rich streets Thu Thiem, Thao Dien, Thanh My Loi and An Phu are covering new apartments in the high-end and luxury segment, the rest of District 2 includes Binh Khanh, Binh Trung Dong and Binh Trung wards. West, Cat Lai… used to be the capital of mid-range or cheap apartments.

Many projects in these wards, which were opened for sale 6-7 years ago, cost only 15-25 million VND per square meter, but are no longer anchored in the old price range. In particular, the projects opened for sale in the last 2-3 years have recorded prices of 30-70 million VND per square meter. Along with the infrastructure boom of the East over the past 5 years, the rate of price increase of old apartments in these wards has skyrocketed to a very high level according to the rich streets.

Apartment prices in Binh Khanh ward had the highest increase of 96.4% (De Capella project was handed over in 2018); Binh Trung Tay and Binh Trung Dong wards both recorded a ceiling increase of 118% (Homyland 2 and ParcSpring projects were handed over before 2015), while the price of apartments in Cat Lai ward grew the most at 93.3% (recorded in the figure below). received at Citihome project).

Survey of VnExpress It also shows that District 2 is currently positioned by real estate investors as the new rich street of the East of Ho Chi Minh City, forming a symmetrical axis with the rich street in District 7, the South Saigon area that was formed before the 2000s.

Compared to the remaining 3 rich streets of the East, Thao Dien was shaped the earliest, has a variety of international services, has long attracted the expat community to live with popular rents of thousands of USD per apartment. household every month. As for Thu Thiem, An Phu and Thanh My Loi, are the emerging rich streets later, starting to attract homebuyers and investors in the past half a decade when the infrastructure in the East area exploded from 2015 to present. .

Among the four rich streets in District 2, Thu Thiem is positioned as the focus of the high-end and luxury housing market thanks to being only far from District 1 by the tunnel crossing the Saigon River and new bridges. According to the assessment of Savills Vietnam, in the past few years, projects in Thu Thiem have recorded high growth as the infrastructure is gradually improving. The rapidly changing appearance of this place has attracted both domestic and international investors to flock here to develop the project.

Nguyen Loc Hanh, General Director of Ngoc Asia Real Estate Investment Joint Stock Company, confirmed that over the past half-decade, the apartment market in District 2 has continuously established new price levels due to the boom in low prices. floors (metro, ring road, new bridges constantly spring up) and established Thu Duc city. Notably, the projects offered for sale in the last 2-3 years in the areas of Thu Thiem, Thao Dien, An Phu, and Thanh My Loi are all in the luxury group, so the price of the next phase is always higher than the previous one.

According to Mr. Hanh, the fact that the market has established very high prices in new projects in rich streets also contributes to pushing up the prices of old projects in the neighborhood to increase significantly.

This is the reason why there are almost no cheap houses or newly built affordable apartments in District 2 now. House prices in Thu Thiem, Thao Dien, Thanh My Loi, An Phu in particular and District 2 in general are likely to continue to increase in the near future when the clean land fund in Ho Chi Minh City is ready for project development. Currently, there are not many projects,” Hanh forecast.