Another member of the Board of Directors of FLC resigns 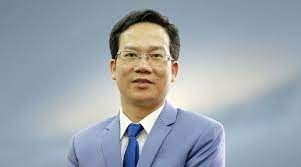 FLC said that Mr. La Quy Hien, who worked as chief accountant in the period 2016-2017, has just resigned from the position of a member of the Board of Directors.

FLC said that the Board of Directors will submit to the general meeting of shareholders to approve the dismissal of Mr. Hien at the nearest meeting. Previously, the extraordinary meeting on June 10 of FLC to discuss personnel could not be held because the total number of shareholders attending only accounted for 33.7% of the charter capital, failing to meet the conditions of more than 50% to be able to participate. hold meetings according to the Law on Enterprises.

As planned, at this meeting, FLC will submit to the General Meeting of Shareholders to approve the dismissal of the position of members of the Board of Directors (BOD) with Mr. Trinh Van Quyet and Ms. Huong Tran Kieu Dung. At the same time, the company will elect 2 replacements, one of which is an independent member of the board of directors.

The second extraordinary meeting is expected to be held on July 2. According to regulations, the second meeting can only take place if the number of participating shareholders holds more than 33% of the charter capital. However, up to now, FLC has not announced the list of additional candidates to the Board of Directors.