An Indian specialist positive for SARS-CoV-2 after leaving quarantine 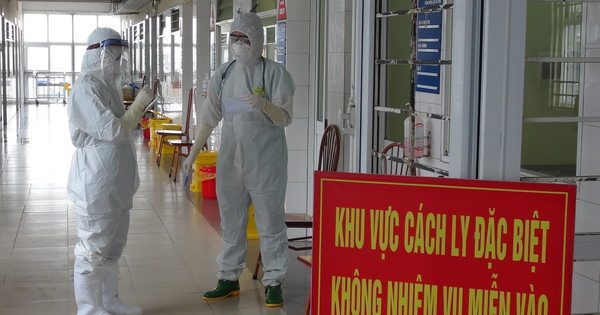 In the morning of 4-5, news from the Hanoi Department of Health said that the city has just recorded a patient with positive SARS-CoV-2, born in 1984, Indian nationality, has address in Times City urban area, Mai Dong ward, Hoang Mai district.

This patient is an expert working for Vinfast Company. Patients who entered on April 17, 2021, concentrated in isolation at Canh Hung Hotel, Hong Bang District, Hai Phong City, were sampled for testing 2 times, 1 time on April 19, and second time on April 30. , the results were negative (tested by the Center for Disease Control (CDC) Hai Phong).

Hanoi noted an Indian expert who was positive for SARS-CoV-2. Illustration image

Currently, CDC Hanoi continues to test more patient samples. This male patient was transferred to Central Hospital for Tropical Diseases 2, and his wife and child are in normal health, under investigation for sampling.

This is the third case of people entering after finishing isolation positive for SARS-CoV-2 virus since April 27 to present.

Previously, there were 2 cases of people who, after finishing the concentration isolation period with 2-3 times tested negative for SARS-CoV-2, received positive results after leaving the isolation area. That was the case of Covid-19 2899 in Ha Nam province quarantined in Da Nang city after returning from Japan and a group of Chinese experts quarantined in Yen Bai province.

From April 27 to now, our country has recorded 37 cases of Covid-19 in the community. The Ministry of Health has just issued a decision, from 0 o’clock on 4-5, the localities have not yet resolved to end and let out of the concentrated isolation areas (both military and civilian management) for all. cases fully quarantined (min 14 days, tested 2 times negative)