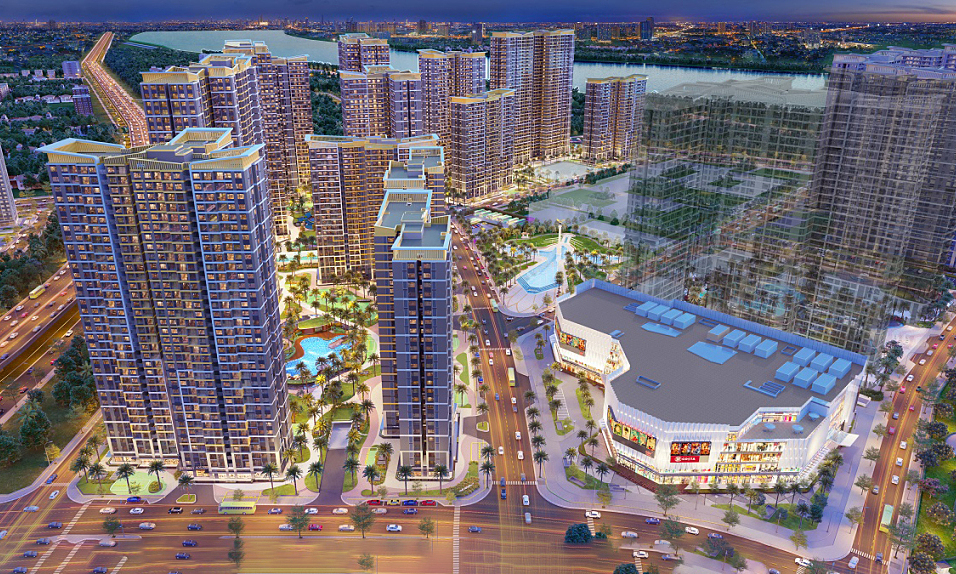 The Beverly Solari is the last apartment project of the Vinhomes Grand Park urban area, cooperated by Vinhomes and Mitsubishi Corporation. The project includes 3 subdivisions The Oasis, The Tropical, The Sunset.

One of the highlights of The Beverly Solari is the central square with a large Golden Eagle lake, shaped like an eagle spreading its wings. The eagle is also the iconic image of The Beverly Solari, with a bold design style from the West Coast of the United States that the investor wants to include in the project.

Surrounding the central square is Beverly Hills with palm gardens, scenic spots, artistic fountains, cascading waterfalls … which are recreated according to familiar landmarks of the land of flowers.

Rodeo Shopping Avenue in the project inspired by the shopping district with palm-lined sidewalks on Rodeo Drive (USA). The avenue runs through subdivisions and extends to Vincom Mega Mall.

Recently, the image of The Beverly Solari project with the eagle symbol also appeared on the led screen at the intersection of Pham Ngoc Thach, Nguyen Van Chiem in Ho Chi Minh City. The 3D effect creates the feeling of an eagle’s wings reaching out of the screen, impressing many people when passing through this area.

The Beverly Solari is the second cooperation project of Vinhomes and Mitsubishi Corporation in Vinhomes Grand Park, after a series of high-rise projects such as The Rainbow, The Origami and The Beverly. This is also a piece that completes the luxury lifestyle collection of the Vinhomes Grand Park urban area.

The investor expects that The Beverly Solari will direct homeowners to a luxury sky-living standard, and at the same time contribute to quenching the “thirst” of real estate supply combined with profitable investment in Ho Chi Minh City.