Amateur investors lose money because of US stocks 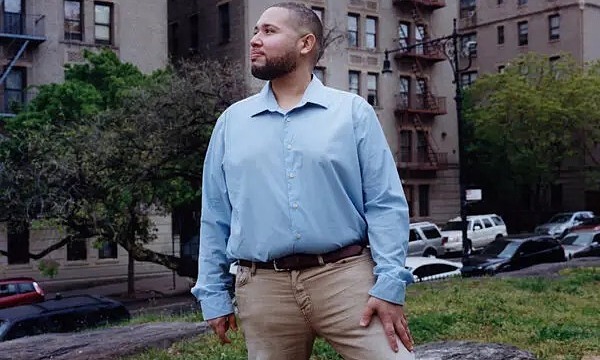 When Wall Street plunged earlier this year, millions of American individual investors who made money over the past two years had to find a way to put the brakes on.

Millions of amateur investors have entered the US stock market during the pandemic. Some are cautious, some are reckless, others are determined to teach the big players on Wall Street a lesson. Most of them make money when the market continuously goes up for the past 2 years.

But now, they have to grapple with the opposite situation. “Trading in this market is not easy,” said Shelley Hellmann, a former Texas optometrist. She invested in April 2020 when she was isolated from her family.

Hellmann tracks the market with an iPad Mini in his bedroom. She made a big profit when the market rallied. Within a few months, she decided to invest 100% of her time in trading. However, ever since the S&P 500 peaked on January 3, profits have been hard to come by.

“Sometimes, I also feel lucky because I don’t lose all year,” she said.

Five-month decline has brought the S&P 500 index close to a bear market – down 20% from its most recent peak. This is an important psychological milestone, showing that investors are pessimistic about the economy. With another 0.6% drop on May 19, the index has now lost nearly 19% from its January peak.

As a result, many of the 20 million amateur investors who entered the market over the past two years have begun to brake, or rearrange their portfolios, in a safer direction.

S&P Global Market Intelligence analyzed April data from Charles Schwab and Interactive Brokers. Accordingly, the activity of the group of individual investors has decreased by 20% compared to the peak in January and February 2021.

Some of the trading platforms for this group also recorded a lower number of active people. Robinhood – the choice of many investors when the pandemic first hit – said last month it had 15.9 million active users in March, down 10% year-over-year and 8% year-over-year. year 2021.

Jonathan Colon left the market as soon as the downtrend started. He deposited $3,000 in his Robinhood account in June 2021 and sold everything earlier this year, when the stock started to fall in January. Colon lost $100 in the end.

“It’s like when you were a kid, you got hit in the arm once and learned you shouldn’t go here and there,” he said.

Colon (33) this year will graduate from Brooklyn College with a degree in finance. He became interested in the stock market after a contest that his professors held early last year. Under the assumption of a $1 million portfolio, Colon looks for companies that appear to have been oversold to buy cheaply, or for companies whose stocks are trading at unusually high levels to sell short.

A few months later, he poured his own money into the market, but could not repeat the profits in the contest. Some stocks cannot be sold short, and frequent trading is also very expensive.

Then, instead of trading for an hour every morning, he reduced it to just 2 times a week. The market also started to become more volatile and it became increasingly difficult to maintain positions. He often had to sell at a loss.

“Every time you think the market isn’t going to fall, it falls again,” Colon said. With little time left to spare and the market becoming more volatile, he decided to sell out “for the sake of safety”.

While the investment frenzy is no longer what it used to be, individual investor activity is still higher than it was pre-pandemic. Thomas Mason, senior research fellow at S&P Global Market Intelligence, said that despite the recent market downturn, individual investors don’t need to panic. “Many people are reallocating their portfolios, moving away from high-risk growth stocks to safer assets,” he said.

And even if their stock picks change, this group still likes to buy. As of the end of April, TD Ameritrade said its individual customers were still buying more than they were selling. They just move to less volatile and more stable assets.

Hellmann says she’s stayed in the market, has learned more, and has tweaked her approach. Every day, she gets up at 3 a.m. and reads the newspaper to strategize for that day. She studies stock price movements and tries to predict where the price will go.

Hellmann typically buys and holds stocks. She started with $50,000 – money from ConocoPhillips shares inherited from her grandfather in 2014. Last fall, she poured money into an ETF that bets on falling natural gas prices. However, gas prices have skyrocketed recently when Russia launched a military campaign in Ukraine.

Losing after a bull market also has its advantages, said Dan Egan, vice president of investment and behavior at Betterment. “If you have a good initial experience, you’ll see this as part of the game. We’re going to get bruised by the market a few times, and you need to learn how painful this can be. “, he said.

Eric Lipchus (40 years old) has experienced this feeling many times during his nearly 2 decades of full-time trading. He used to own call options on shares of Lehman Brothers – the investment bank that collapsed in the 2008-2009 financial crisis. Before that, he witnessed his brother and father being engulfed in the dotcom bubble.

“I’m riding a roller coaster. The money I’ve earned this year is fine, but there are ups and downs. This year looks to be difficult, not as much as previous years,” he said.

The challenging environment investors face right now can be stressful, Lipchus said. Half of his portfolio is in cash. Lipchus has also booked a fishing tour for the next few weeks to clear his mind.

Ha Thu (according to NYT)