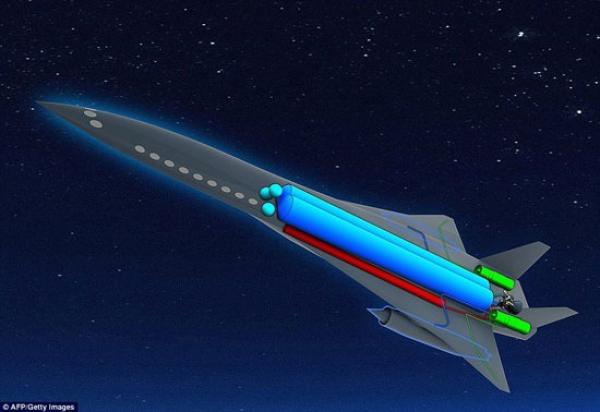 Airbus has just launched a hypersonic aircraft design that does not pollute the environment, which can shorten flight time from London to Tokyo to 2 hours and 30 minutes.

According to the Daily Mail, the Airbus ZEHST (Zero Emission Hypersonic Transportation), Airbus’s ZEHST (Zero Emission Hypersonic Transportation) aircraft, can be produced and commercially operated within 10 years. ZEHST is designed to be four times the speed of sound, reducing flight time from London to Tokyo from 11:20 now to 2 hours 30 minutes.

With ZEHST super aircraft, you also only need more than 1 hour to fly from London to New York. Meanwhile, flights from London to Sydney, which take about 24 hours today, will be reduced to about 3 hours and 30 minutes by traveling with this hypersonic aircraft.

“I think this is the plane of the future,” Jean Botti, a member of the European Space Agency, commented on the ZEHST model ahead of the Paris (France) aircraft show.

While flying at an altitude of 32km above sea level, the ZEHST supersonic aircraft will use oxygen and hydrogen fuel. Therefore, the exhaust gas of this aircraft model is just steam. Meanwhile, ZEHST’s take-off engines will use biofuel made from seaweed.

“ZEHST can fly at the altitude of a spaceship. Therefore, it is not an ordinary aircraft, but it is also not a missile. ZEHST is a rocket plane. Flying at such altitude but using mainly oxygen and hydrogen fuel, this aircraft model does not pollute the environment, ”Mr. Botti emphasized.

ZEHST’s outward appearance resembles that of the supersonic Concorde, but has greater safety and faster speeds. ZEHST is designed to fly at high altitude in the atmosphere. As a result, it is less prone to hypersonic explosions than the Concorde aircraft has encountered before.