Again, the ‘owner’ was sued by CGV to unilaterally terminate the contract without compensation 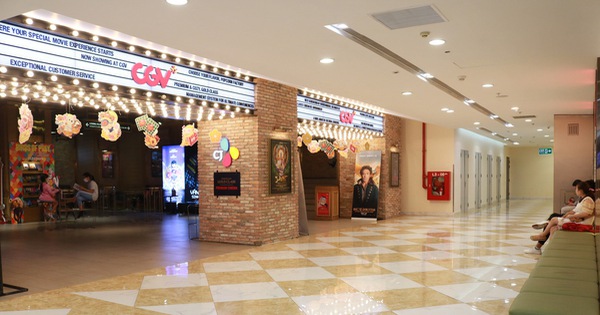 CGV demands to terminate the contract with many ‘landlords’

Accordingly, on March 23, 2018, CGV signed a lease contract for the premises at IMC building (Tan Dinh ward, district 1, Ho Chi Minh City) of International Communication Joint Stock Company, for the purpose of investment in construction. building and operating a cinema, the lease term is 20 years from March 23, 2018.

According to CGV, the contract is done smoothly until the outbreak of COVID-19 from the end of 2019 up to now. The epidemic has had serious consequences for CGV’s movie theater business.

CGV believes that the situation of implementing the contract signed with IMC has completely changed, but at the time of signing the contract, the parties did not foresee.

On October 29, 2020, CGV sends a written request to IMC to renegotiate the lease contract due to fundamental change in circumstances. CGV proposes to adjust the rental calculation method from December 1, 2020 until the end of the lease term, in the form of revenue sharing at 14% of box office sales and 10% of corn sales.

In the event of failure to reach an agreement, either party is entitled to unilaterally terminate the contract without incurring any compensation or penalty, including deposit. But the parties could not agree.

CGV filed a lawsuit against the International Joint Stock Company, which communicated to the People’s Court of District 1, asking the court to terminate the ground use contract on March 23, 2018 due to the fundamental change in circumstances and neither party error when terminating the contract. CGV is not obliged to pay IMC any penalty or damages due to termination.

The contract is terminated from the time CGV stopped doing business at the site (November 2, 2020). CGV does not incur no obligation to pay IMC rent, service fee or other amounts. And CGV gets a full refund of the deposit of 3.4 billion dong.

It is known that this is the second lawsuit on CGV’s lease contract at District 1 People’s Court. CGV has also sued Lapen Company Vung Tau branch to request the court to terminate the lease contract with this company. .

Exchange with Youth Online, the representative of IMC said that CGV rented a space with an area of ​​more than 1,200 square meters2 at the 2nd and 3rd floors of the IMC building for 20 years. In 2018, when IMC invited partners, there were many movie theater business units that agreed to rent this space, in which CGV is the unit that always agrees with any request that the IMC side makes, not at all. bargain.

In previous years, CGV’s business situation was very favorable, with many months of high revenue thanks to many blockbuster movies. However, when the COVID-19 epidemic broke out, sales declined. The IMC side has very goodwill to support CGV.

During the time when Ho Chi Minh City forced to stop operating theaters, IMC did not collect CGV cash, at the same time, reduced service fees by 40% and no overtime fees.

IMC is willing to support CGV, however CGV’s request is so unreasonable and too low that IMC cannot accept it. Moreover, on October 29, 2020, CGV sends a document to IMC, on November 2, 2020, CGV stops doing business at the site. Since then, CGV has not packed and rented for IMC.

“Although the COVID-19 translation makes many units difficult, we still have to pay land rent to the State, pay interest to the bank, pay staff and many other costs to operate the building. building. We have supported CGV while not being able to do business, but when being active again, CGV must have a way to do business and attract customers “- said an IMC representative.

He also said that the protracted case had a great impact on the economy and business capabilities of the IMC and expected the authorities to settle the case soon so that IMC could stabilize its business.

What does CGV say?

Youth Online also contacted CGV, CGV representative said COVID-19 changed the contract execution situation fundamentally. Although CGV and its partner (Lapen, IMC) tried to negotiate, the two sides could not reach an agreement on adjusting some basic terms of the contract, so CGV asked the court to allow the contract. terminated without fault of either party.

In the current fundamental change situation, not only CGV but businesses in the same industry are also facing many difficulties.

CGV said that they have submitted a proposal to support agencies and agencies, at the same time work hard and received some practical support from the rental partners of cinema premises to put together. overcome difficulties. Only in cases where no agreement can be reached, CGV will find a solution thanks to the court’s assistance to resolve.