Adele, 30 and a generous pain 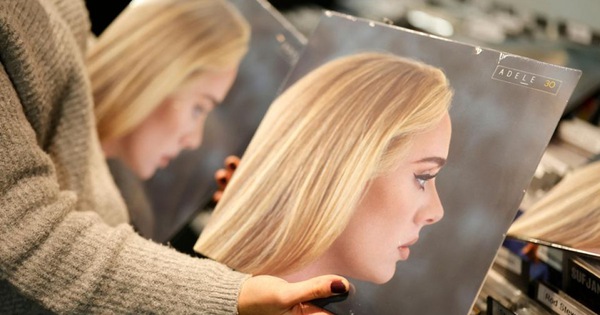 Album 30 of “British painter” Adele reached more than 60 million plays on Spotify on the day of its release on November 19 and sold more than 500,000 copies in the US after 3 days, becoming the best-selling album of 2021 – Photo: AFP

first. As always, people step out of love into music. After the divorce, Frank Sinatra released an album whose title translates to “Frank Sinatra sings exclusively for the lonely”, in which he lamented that he would have to dry his tears in the sun.

And 30, the album we’ve been waiting for so long from Adele, is also a post-divorce album.

2. What better time to write broken love songs? And we must be waiting for something to squeeze us on a level more than Someone like you, When we were young, Hello once.

But no, despite being sad, sometimes even choked up, for example, a moment in the song “My little love”, Adele sobbed her heart out: “I just want to sit and watch TV and curl up in an apple. shadow, in my sweat and things like that, I’m really lonely”, but then it refuses to freeze in choking or sadness.

After the first 4 songs – Stranger by nature, Easy on me, My little love and Cry your heart out – cornered yourself in sadness and stirred all emotions into a muddy swamp, to Oh my god , though still choked with guilt and doubt, the mud began to settle, the water surface of the heart slowly cleared.

Even pulling out all the guts now are not love words, but each sentence is an arrow straight into the heart. At 30, the love interest has changed from lover to self.

Saying like Oprah Winfrey on the program Adele: One Night Only caused a fever on CBS just before the release of album 30, people still know Adele as an artist who uses suffering as a muse.

What then when she no longer let herself be freed in an atmosphere of agonizing pain, but sought anchors? What will it be like when Adele decides to “stand still and let the storm pass, keep my heart safe until the right time”, instead of desperately searching for “someone like you”, this time Adele affirms that she loves “as much as I used to love you”?

3. Adele has waited 6 years since album 25, ignoring many other odd numbered milestones according to the rules of album 19, 21, 25.

There are too many expectations for a comeback. There may be people who are disappointed that today’s Adele is no longer the Adele who tries to hold onto a moment for fear it will pass and we will grow old like in When we were young. At the age of 30, the age that As F. Scott Fitzgerald once described as the promise of a decade of solitude and an empty suitcase of enthusiasm, she saw pain in a different light.

That transition and change is described smoothly in 30, not too sudden when compared to 25, but in the end, it is further and further away from the old path.

The most important thing that Adele still retains, is the state of bewilderment when closing an album. Just as 25 ended with Sweetest Devotion about the joys of new motherhood, 30 closes with Love is a game as Adele fumbles her way out of the specter of a broken marriage.

I don’t know what kind of pain the future will bring, but I know that no matter what pain will not bring her down, once she knows how to “let the pain be generous”.