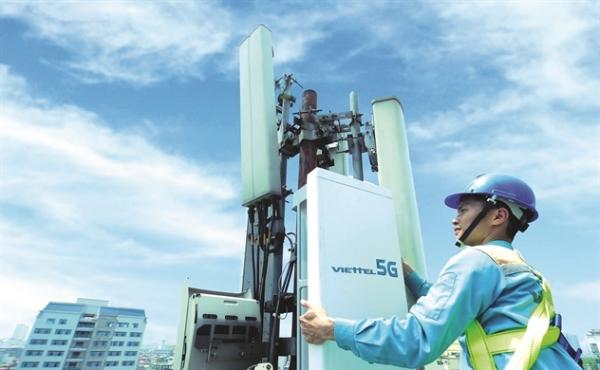 Operators in Vietnam have many motivation and determination to commercialize 5G mobile networks soon.

Three major carriers in Vietnam, VinaPhone, Mobifone and Viettel, have just announced the coverage and commercialization of the 5th generation (5G) mobile network, officially affirming Vietnam’s name on the world telecommunications map. . “The goal is to deploy 5G as soon as 2021,” said Nguyen Phong Nha, Deputy Director of the Telecommunications Department (Ministry of Information and Communications).

According to Cisco Vietnam, the early deployment of 5G services can help increase revenue for Vietnam’s telecom operators to more than $ 300 million / year, starting from 2025. However, 5G in Vietnam Nam is suitable for developing big projects such as smart cities, digital transformation, e-government … so investing in this game requires a large and long-term capital.

Carriers are expected to invest about $ 1.5-2.5 billion in 5G technology between 2020 and 2025. For example, Thailand’s AIS operator spent up to 1.2 billion USD and only brought 5G to 13% of the population. Many projections around the world show that by 2023, 5G will only account for more than 10% of mobile connections.

Representative of Mobifone assessed that the deployment of 5G is a relatively difficult problem, it is necessary to have data on equipment investment, how long to calculate the ability to recover capital, including the general development of the society for subscribers. 5G networks are not only phones but also machines. The representative of VNPT calculated that if 5G is deployed smoothly, within the next 7 years, it must increase 20-30% of revenue and focus on data services. 5G mobile network has features such as the ability to transmit waves lower than 2G, 3G. Thus, to deploy 5G transmission in rural areas, carriers will be very expensive.

“It won’t be until 2023-2025 that 5G will be as popular as 4G. Because the coverage of 5G is still very limited, it is necessary to build more broadcasting stations to ensure connectivity, ”said Le Ba Tan, Deputy General Director of Viettel Network Company, forecasts. According to the planning data on Viettel’s network, it is expected that by 2021, there will be about 1.5-2 million 5G subscribers nationwide. In early 2020, Viettel is the first domestic enterprise to research, manufacture equipment and make video calls using the 5G connection line on gNodeB transceiver. To join this market, Viettel has mobilized more than 1,000 information technology engineers to participate in research and production; budget 700 billion for project development and equipment investment. 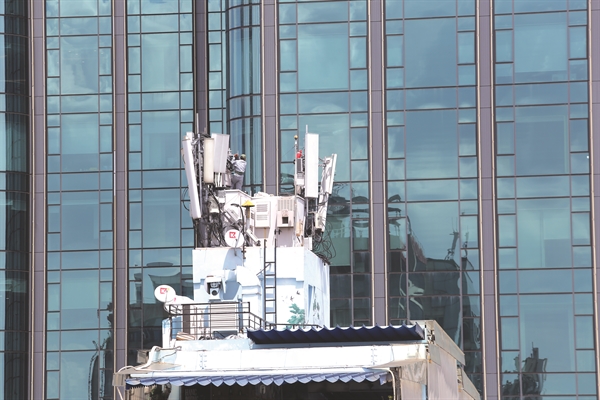 As can be seen, Vietnam has many motivations and determination to pursue 5G technology. Before 1993, when the first mobile network in Vietnam was active, 54% of the population was poor, but today, this figure in Vietnam is only 3%. Telecommunications and information technology have become important pillars in the driving force of Vietnam’s economic development. When 5G is deployed, IoT applications will solve many problems, every industry and field will be digitized and operate more efficiently, with higher productivity.

Vietnam is making great determination to pursue the goal of digital transformation to 2025, with a vision to 2030 in order to digitize the Government, the economy and society. Specifically, Vietnam accelerates the adoption of Industry 4.0 across all industries to achieve an annual GDP growth rate of 7% by 2025, as well as ensure that the digital economy accounts for 20%. GDP in 2025 and 30% in 2030.

Therefore, 5G technology will be a “big investment” to help Vietnam shorten and catch up with the trend in the 4.0 technology revolution to build a digital economy along with other digital technologies such as artificial intelligence. (AI), big data (Big Data), Blockchain … “It is expected that by 2025, two thirds of manufacturing factories in the world will move to Asia and the deployment of 5G is advantageous in terms of competition, as well as attracting international companies to invest in Vietnam ”, Mr. Denis Brunetti, President of Ericsson Vietnam, Myanmar, Laos and Cambodia, commented on the opportunity that 5G brings to Vietnam.